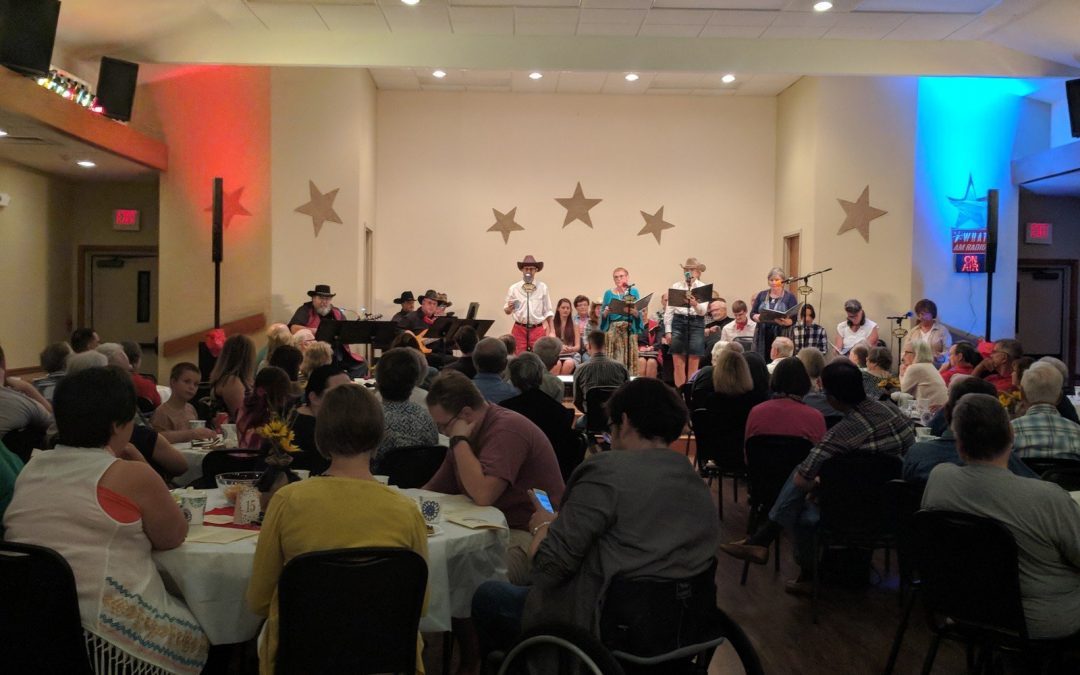 On Saturday, September 8, 2018,  Messiah Lutheran Church held its annual Dinner Theater Fundraiser.  Over 150 people were in attendance (and on the stage) for the event whose proceeds will support LEAP Academy, a recently established educational non-profit working to improve the lives of children in local schools.   It’s estimated over $1500 was raised between ticket sales and the free-will “tip jar.”  With twenty tables of eight being sold, the day before the show, only five unsickets remained. Thankfully, several of the musicians who bought tickets went with “to-go” boxes for after the show so one of the 20 tables could be cleared, giving extra room in the Parish Hall.

Set In the “Historic Woodtick Theater”…

This year’s show was the brain-child of member Bob Gustafson,  who conceived and produced the country-western “Saturday Night Radio Show Hour”  set at the historic (and fictitious)  Woodtick Theater, just a few minutes outside of Nashville broadcast (also fictitiously) on WHAT  AM Radio (1517 on yer’ Lutheran Dial).    The music revue featured members and friends of Messiah Lutheran Church singing a variety of classic country and western songs.   Messiah’s “Country Combo” band, led by Ric Birdsong,  provided the accompaniment for the night for all songs except for the pre-recorded songs by Messiah’s “crooner-in-chief” Don Palmer whose whereabouts remain unknown.

So if you missed it, Please Enjoy the video of “The Choir Goes Country” above!    Author’s note:  Regrettably,  the quality the audio of the video does not adequately capture how well everyone sang and played!  Lacking professional video editing software, it was the best that could be done in short turn-around. That said, it does accurately sound like an AM radio show being listened to on an ole’ transistor radio.

(05:57)Prop Me Up Next to the Jukebox   by Joe Diffie
Recorded by Don Palmer

(27:00) Always On My Mind – Hank Williams
Andrew King with Ensemble

(43:45)You Are My Sunshine  – Jimmie Davis and Charles Mitchell
Dick Azzam with Rebecca Kollmeyer

CAST and OTHER PERSONNEL (not mentioned above)

Leading the kitchen for the event was Messiah member  Greg “The Gourmand” Kilby who planned and prepared the meal served to over 150 guests and musicians with the generous help of over the dozen or volunteers who made pies, bundled beans, stirred grits and anything else on Greg’s get-er-done list from Friday afternoon through Saturday at 6 p.m.

After the show, Greg admitted,  “It was challenging having so many items on the menu needing to be done at the last minute, but with such great help in the kitchen, everything turned out really well!”

Here’s what was served.

Here are a few photos from the evening!

Thank you to everyone who supported the event! 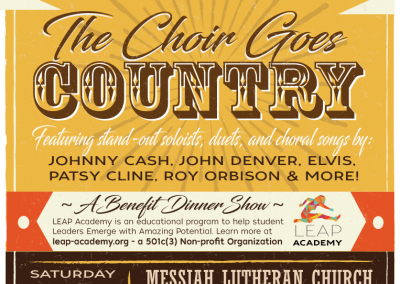 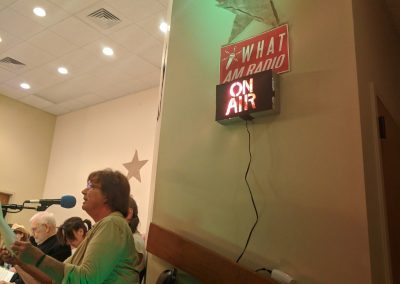 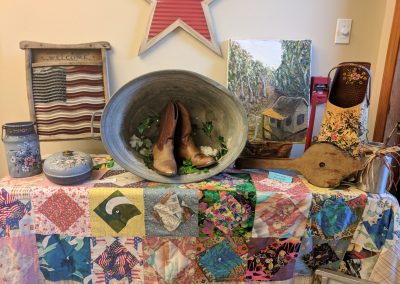 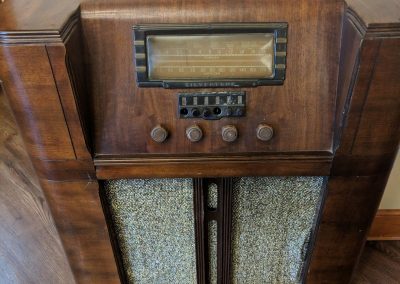 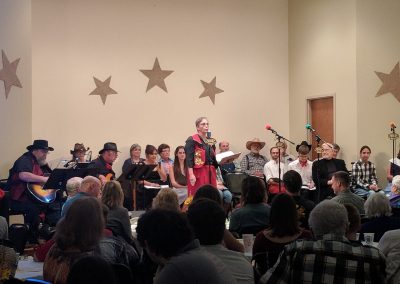 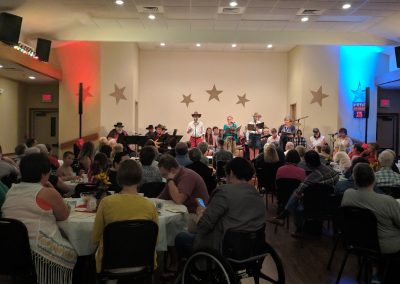 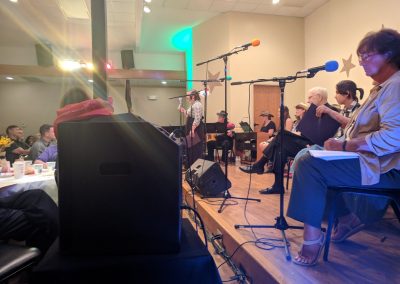 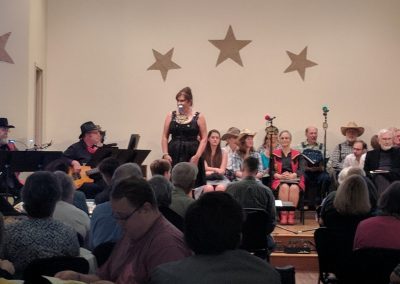 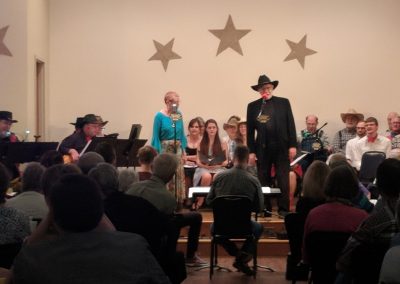 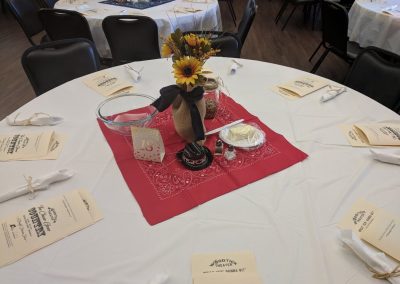 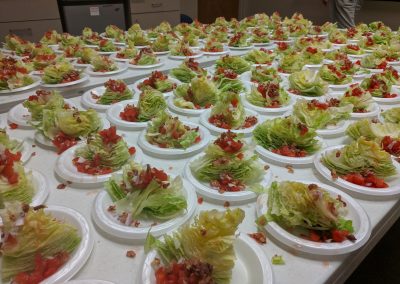 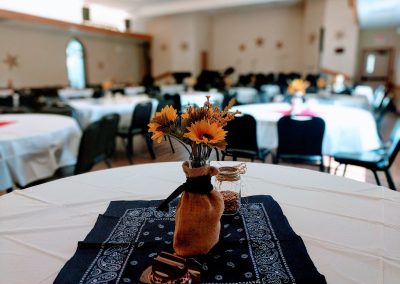 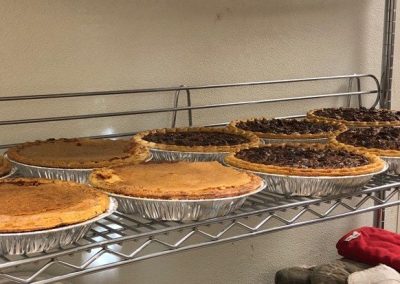 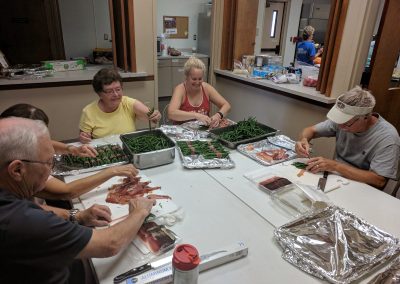 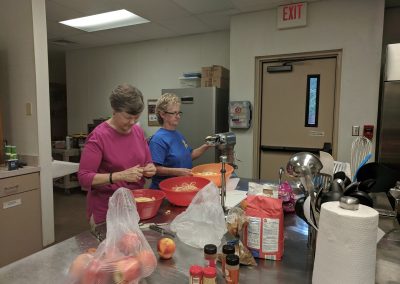