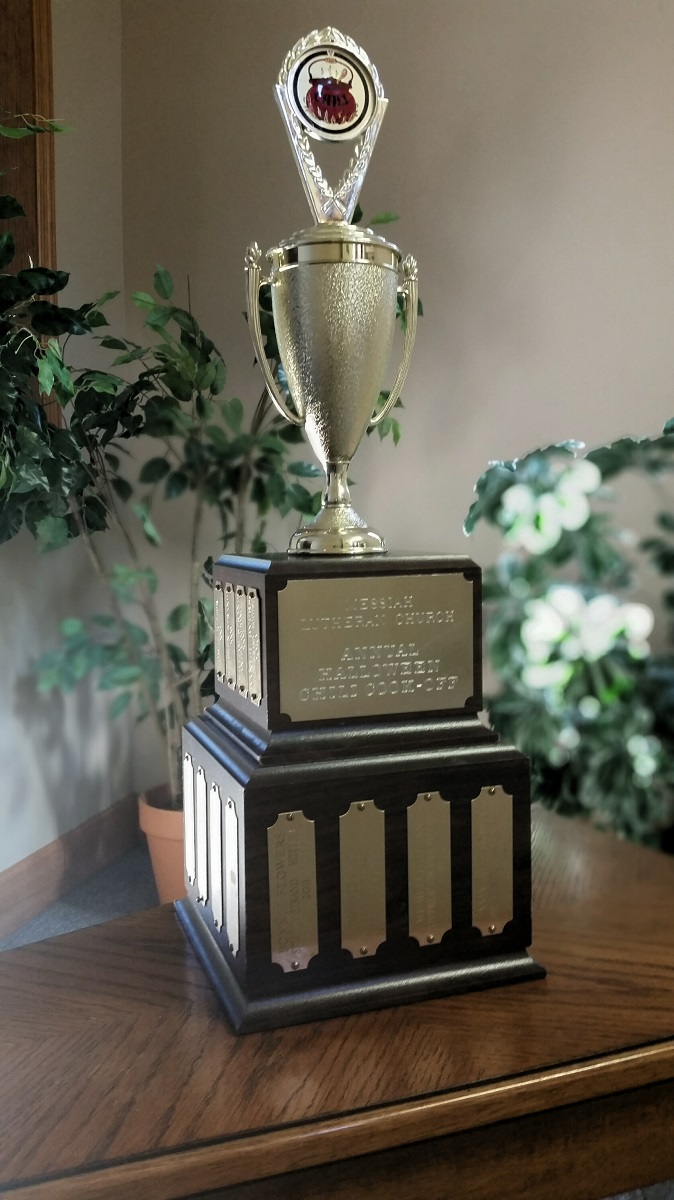 The Annual Halloween Chili Cook-off trophy is up for grabs on Sunday, October 25th at 4 PM. There will also be a Halloween Costume Contest for both children and adults.  All are welcome!  Sign up at the Welcome Center in the Narthex.

The cook-off has been an an 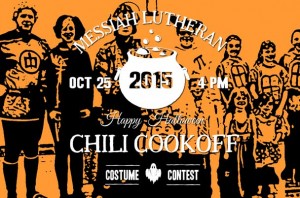 nual tradition at Messiah Lutheran Church.  A trophy presentation was added to the contest in 1999.  Stephen Strand was the first to hoist the cook-off trophy and display on the mantle at home until the next year’s contest. There are 21 winners listed on the trophy! (Perhaps, just perhaps, the competition should be called the “Strand-ly Cup,”  as the Strand family name appears eight times on the trophy between Stephen and his direct descendants, William and Michelle Strand).

Help is always appreciated be it in the form of bringing chili, sides, desserts or assisting with set up and clean up. Larry Ryan is organizing this year’s event and will be the “official” of the chili cookoff as well as the Halloween costume contest for kids and adults.