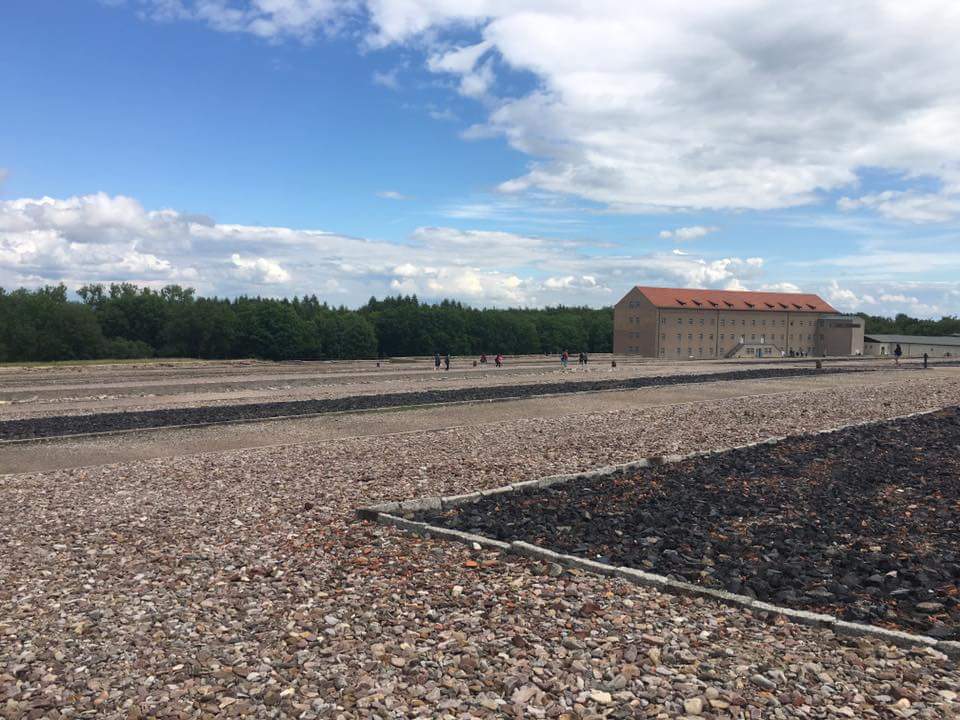 There is a massive difference between hearing and reading about something and actually setting foot and seeing it for yourself. The power behind the horrors of the holocaust and concentration camps is tenfold compared to the Holocaust and World War II museums I have visited in America. The only evidence of the camp at that point was the ruined train yard that our guide hesitated to call a train station because it was where the inmates of the camp were dropped off as freight as if in a shipping yard. The video we watched before the camp itself was enough to make most of us uncomfortable knowing that we were about to step foot through the gates of that place. We were there, not hundreds of miles away in America or in some museum exhibit. 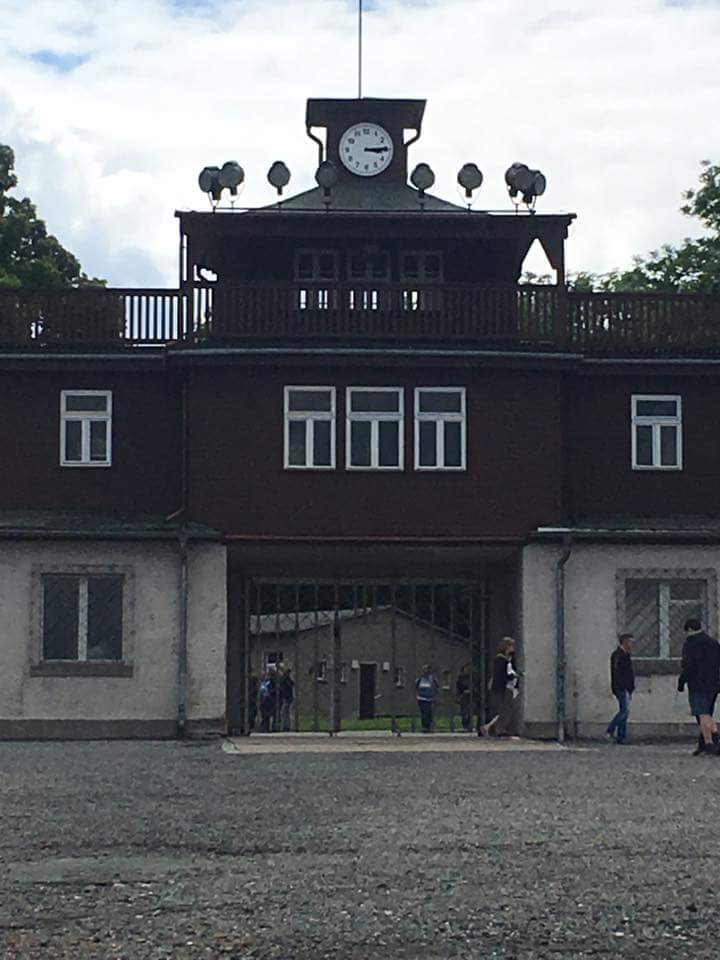 We left the darkened theater and walked over the summit of the mountain and through a little path to the main road, the bloodroad. And at the end of the road was a gate with barbed wire fencing shooting off to the left and right of the gate. That was the first sight of the camp. Anxiously we went into the gate and there were just ruins and three buildings. The ruins were marked by rubble from the camp and blackened stones filled the ruin where blocks of inmate houses had been. Monumental stone sat in front of a few, some reading about what kinds of people were “housed” there. Unfortunately there wasn’t enough time to tour a lot of the place but my small group of four managed to get to three major places in the camp. By far of the three, the art of the inmates exhibit and the crematorium were the most powerful. The crematorium was devastating to see even from the outside. Justin turned to me and said ” that’s not a good chimney”. It was not a good chimney. The crematorium burned hundreds of corpses during the full production of the camp and was haunting on the inside. The crematorium had another purpose as well. It also was the place that many were murdered by strangulation on hooks or an execution device that tricked the inmate into thinking that they were simply getting their height measured. We saw both of those things and then moved to the art building. 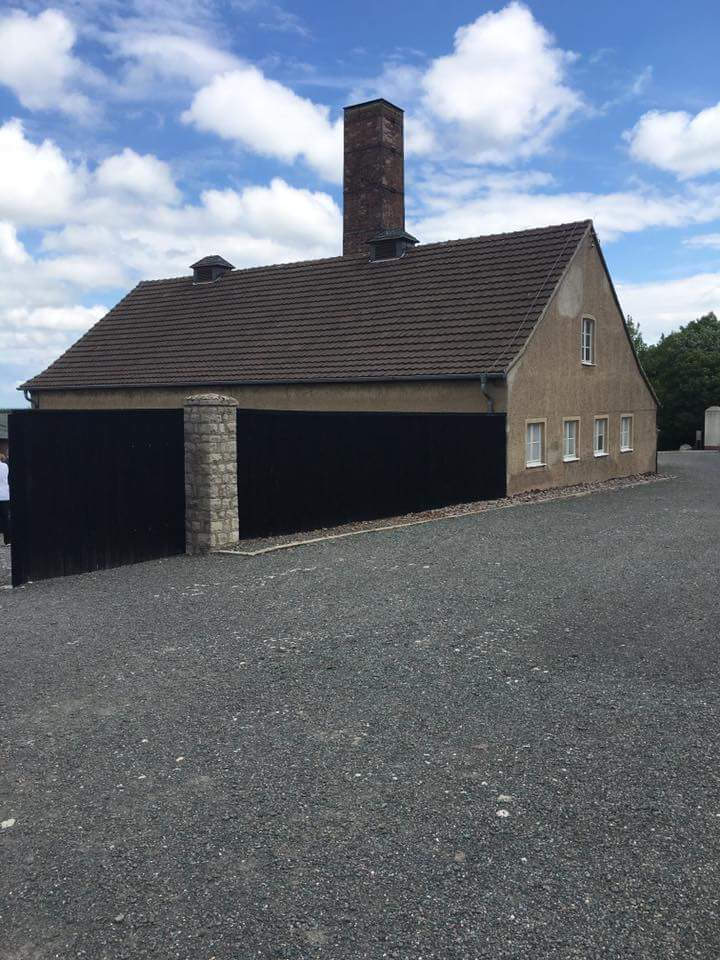 The art building was powerful and the evidence of the brutality was astounding. The pencil drawings were a particularly poignant snapshot of the lives of the inmates. Many depicted scenes of the disposal of the bodies and the living conditions of the blocks. More art pieces from artists were placed there. Some were from local artists. Others were pieces from the once-prisoners. All of the art either depicts the cost of life In the camp or the joy and solidarity the liberated prisoners had as they were taking control of the camp.

Erfurt is a pleasant city. It had a boisterous festival going on and great food and outdoor music. We met our guide in the city center on the outskirts of the festival ground. He was an athletic looking man with a wide brimmed hat and mailbag. We started the tour and struggled to make it through the crowd but each stop we made through the city was incredibly interesting. Erfurt has many points of history. 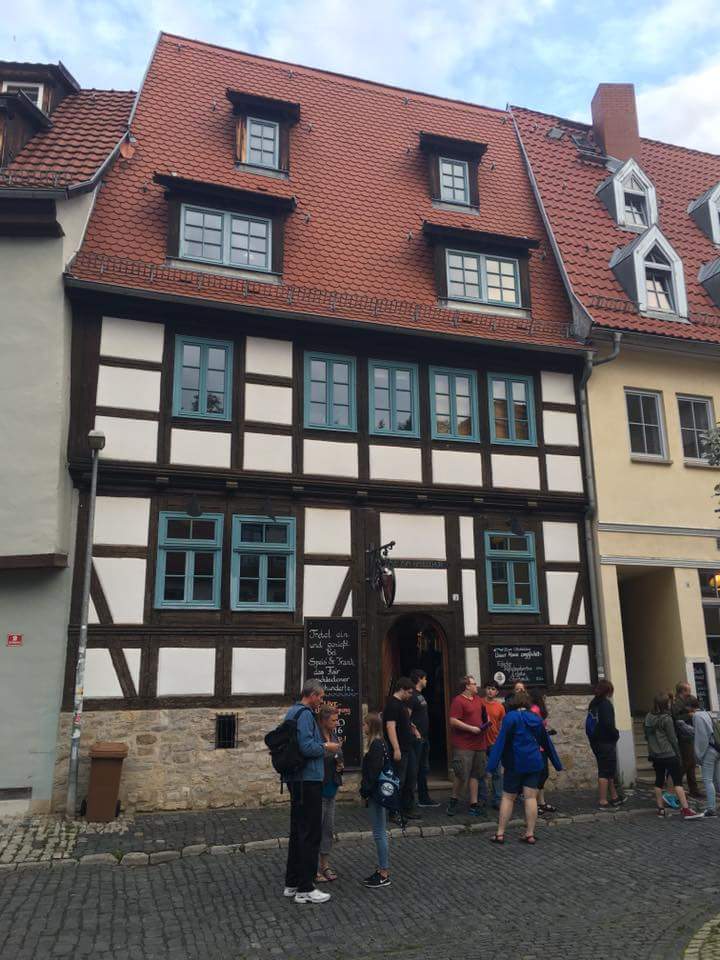 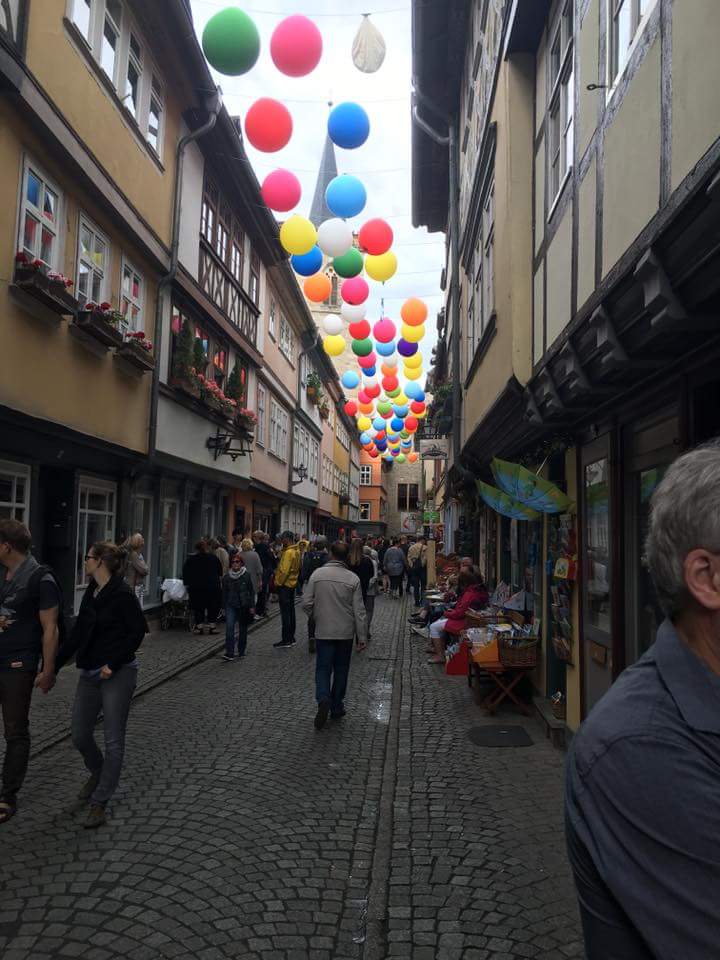 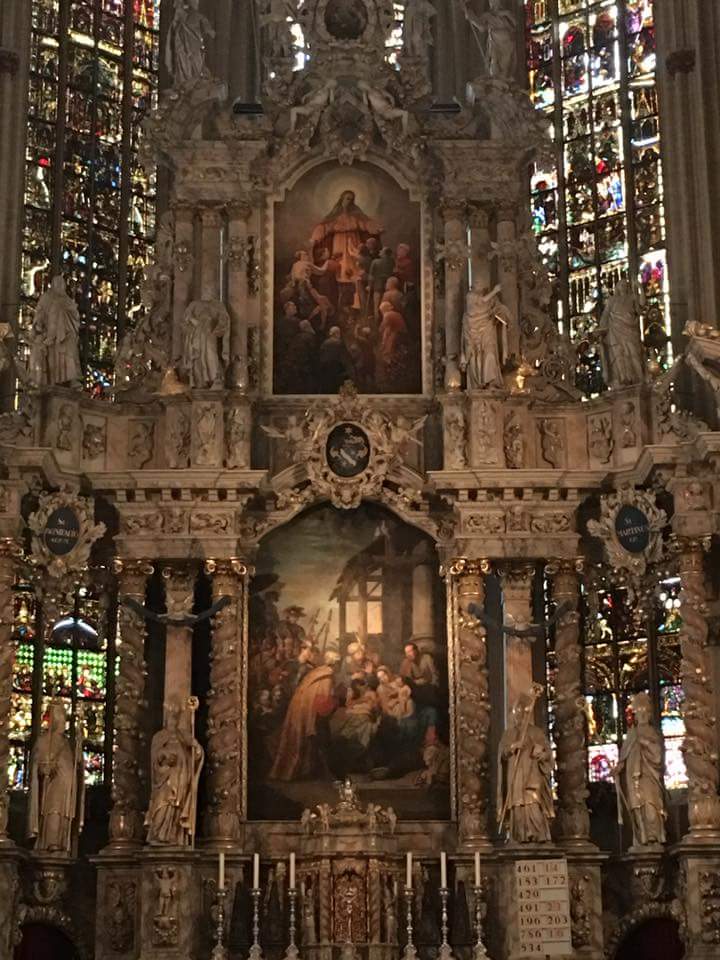 St. Mary’s church, the university and the monastery of Martin Luther to name a few. Walking through the city was beautiful as well. The buildings were colorful and the festivities were a nice sight in the German town especially because it was a juxtaposition to the empty camp previous. The life of the town and the sights to see make Erfurt what it is and it is fantastic. 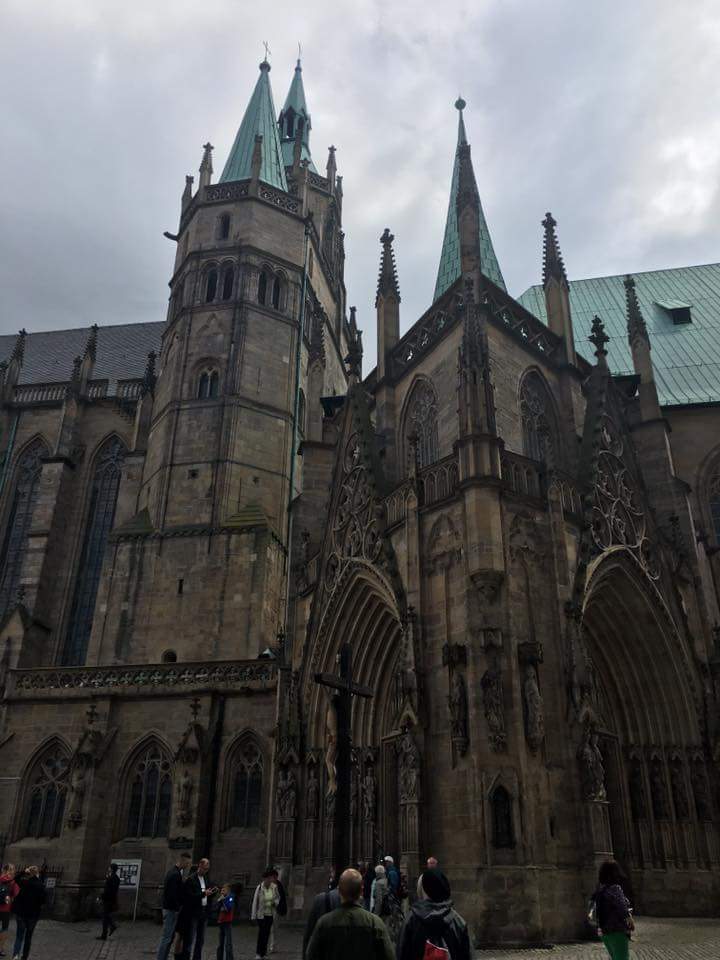 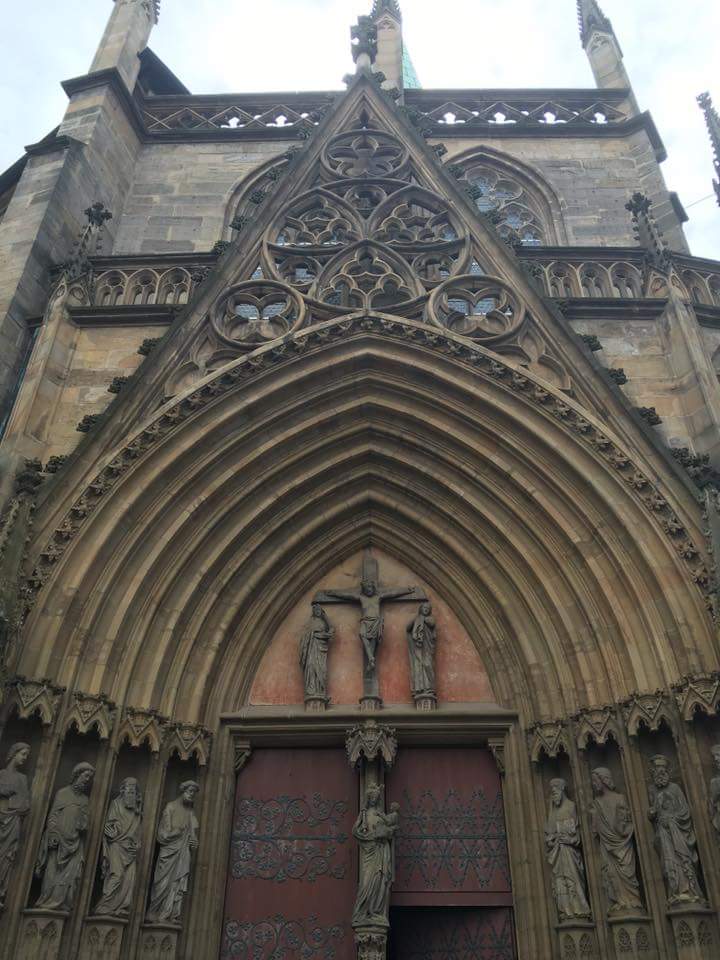 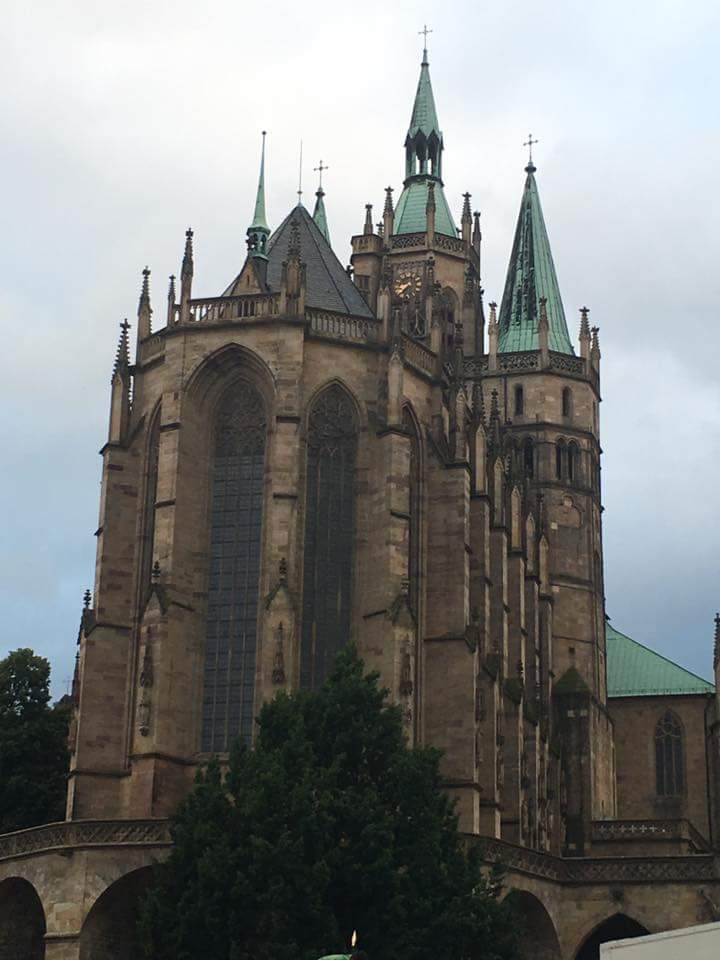 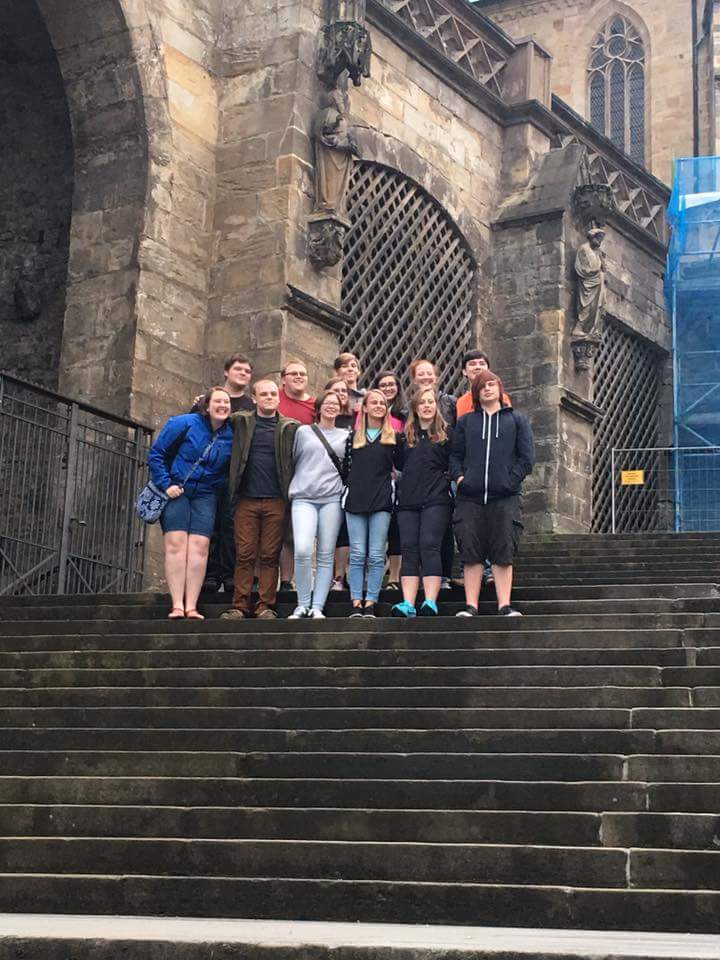 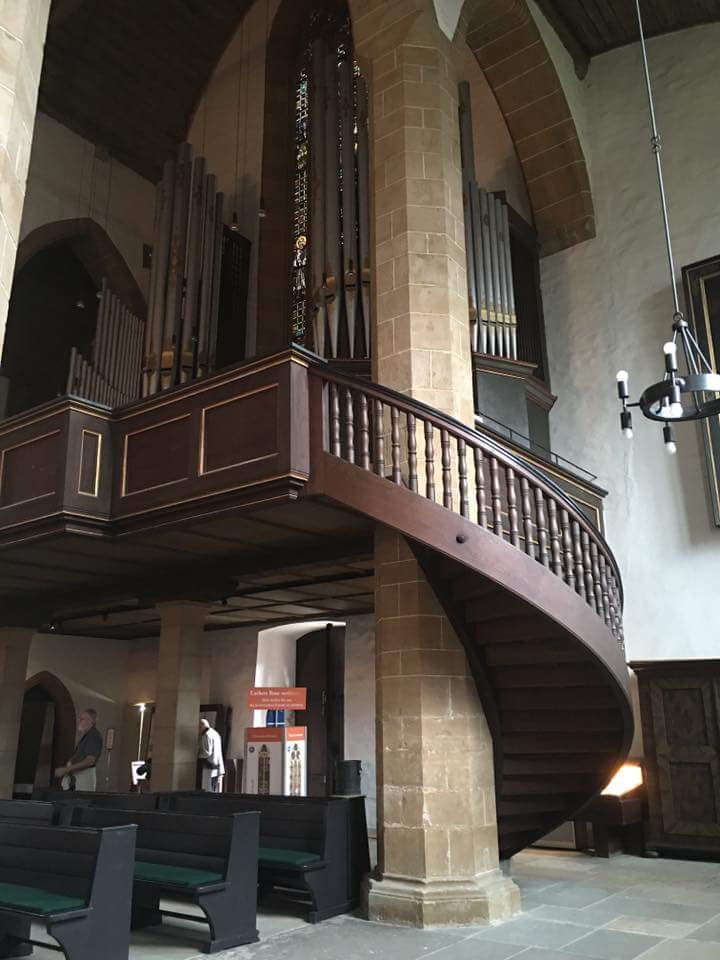