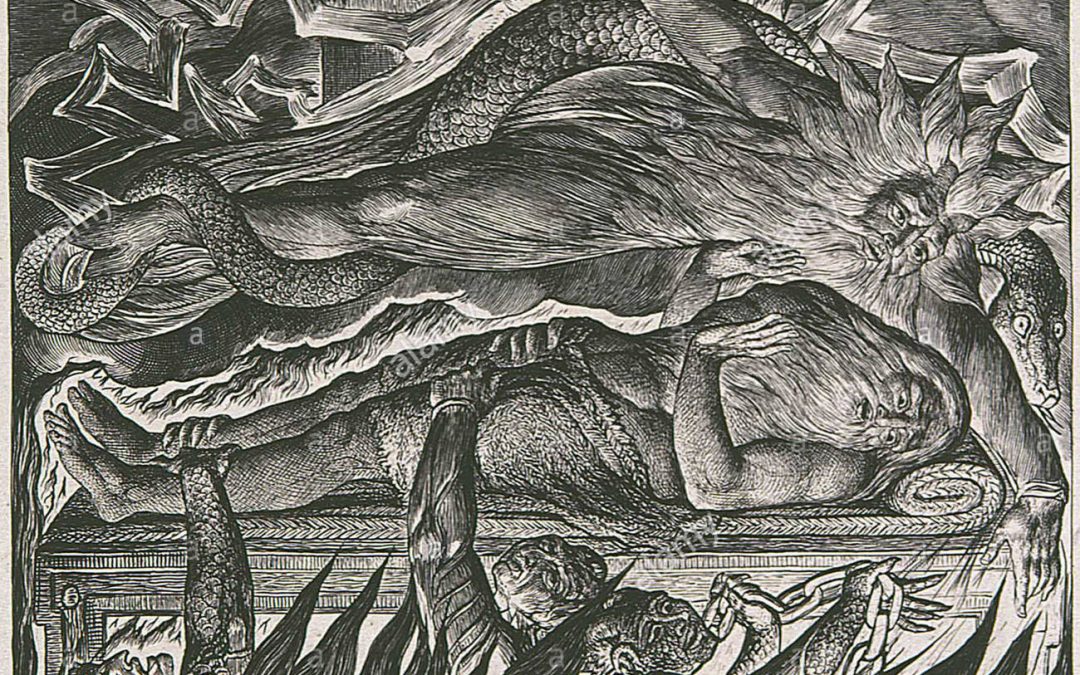 “Then Satan answered the LORD, ‘Does Job fear God for naught? Hast thou not put a hedge about him and his house and all that he has, on every side? Thou hast blessed the work of his hands, and his possessions have increased in the land. But put forth thy hand now, and touch all that he has, and he will curse thee to thy face.’ And the LORD said to Satan, Behold, all that he has is in your power; only upon himself do not put forth your hand. So Satan went forth from the presence of the Lord” .

The adversary, Satan, now appears as a roving spirit, ceaselessly active in an aggressive assault on all who, like Job, are in the company of God’s servants. His question “Does Job fear God for naught?” exposes the very nerve of the book. Everything hinges on the answer. Is there true worship on earth? In the case of Job, the Lord issues a challenge in the words “my servant.” Are these words true? Does the Lord create faith and establish a relationship? Is he able to elicit sincere worship, or is all so-called devotion nothing more than fear-motivated expediency? Is all service and obedience only a kind of slave morality? Is there such a thing as human freedom, or are we, as the behaviorists maintain, conditioned by reward and punishment?

“Does Job fear God for naught?” This is the permanent front line of the Book of Job, the focal conflict and ultimate slander. It slanders the Lord before it touches Job. God is the main character in this story. In New Testament terms, the question becomes: Is the Christian community sustained by love? Is there reality in the body of Christ as faith affirms it? Is the Holy Spirit truly at work in the creation of new beings, reclaiming persons for God? In short, does God have integrity?

The adversary appears as more than a tester of people. He has a quarrel with God, and it is not a lover’s quarrel. His question is a sniper’s bullet, intended to undermine and destroy. His strategy is to blend truth with falsehood by insinuation and innuendo. There is truth in the assertion that the Lord has “put a hedge about” Job and “blessed the work of his hands.” It is true, too, that the Lord has many false friends and that there is much hypocrisy in us all. But this is not the whole truth about Job or about us. All of God’s servants aren’t cheap opportunists whose faith is mere superstition and whose religion is all in the purse. God does continue to create and sustain his family in our very midst. This is the continued story.