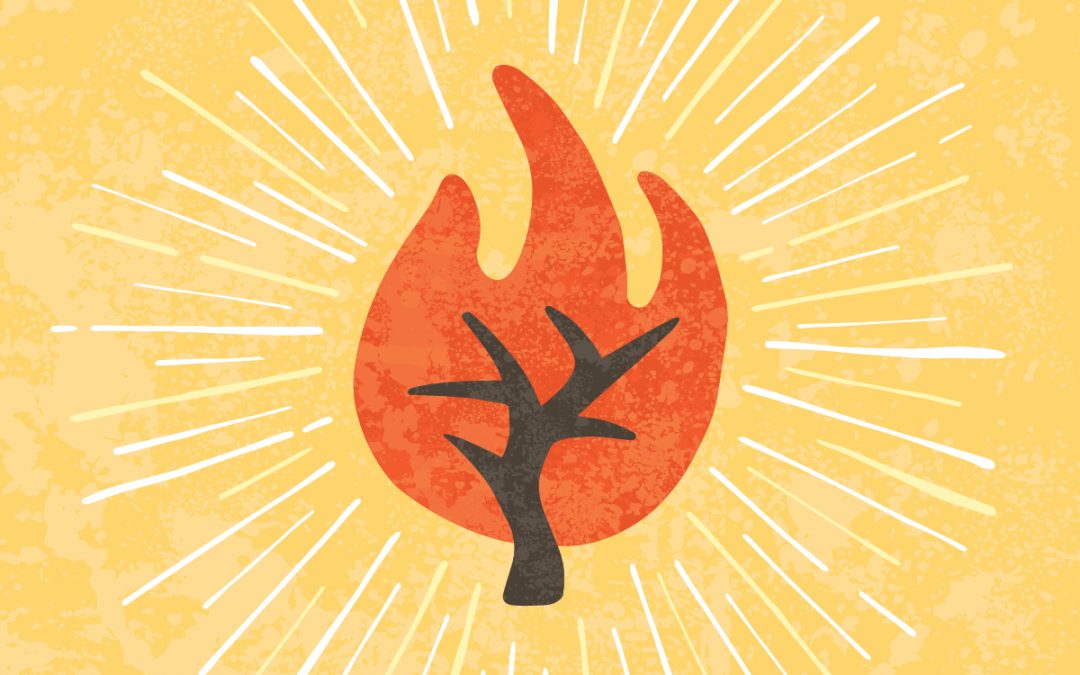 My bush burned this morning,
burned and was not consumed,
as I gathered with sisters and
brothers in the faith
for the ultimate act of defiance,
a Christian burial service.
My heart soared and sang
as I joined in the demonstration
and hurled the name of Jesus
into the face of the enemy,
Death.
Never have I sensed SO deeply
the heaven-sent boldness
of comforting one another
“with the comfort with which
we ourselves are comforted by God”
and taking to the streets again
with other comforted ones
under the defiant benediction.
The bush still burns.

I found my burning bush one day in Church, at the funeral of a friend. It happened that he was not only my classmate, but he shared my birthday,too. Because of this coincidence the service was one of high drama for me. I thought of the fact that our journey had begun on the same day, and now his earthly stay had ended, but I was going on!

Never before or since have I felt so dramatically the significance of the Christian burial service. I saw it as a beautiful act of defiance in the face of the enemy, death, the boldest act of all. I drank in the meaning of each promise, line for line, as the Scriptures were read. I rejoiced in every stanza of each hymn I received what God was giving with bread-hungry eagerness, and faced the future with faith renewed. When we rose to receive God’s benediction I asked myself, “Why do we stand?” Then answered my own question: “Because there is more traveling to do.” We face the world again, with changed horizons. Our march continues. “He is risen, indeed, and it had better be true!” Praise God, it is.