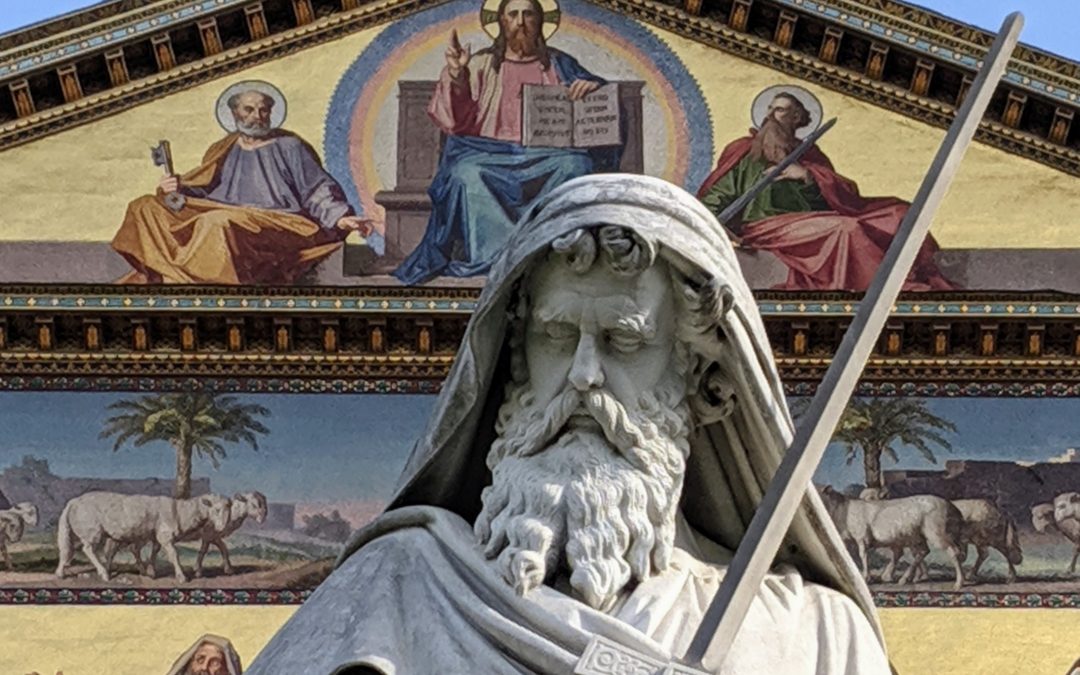 “This notion that grace is healing omits the fact before it heals, it cuts with the sword Christ said he came to bring.” (Flannery O’Connor).

O’Connor was not in the least sentimental.  Her stories deal directly with the power of grace to shatter people and change them violently.  This causes some good people to become squeamish about reading her work.  They want a gentler vision of the church and God’s grace.  But she will not give them one.

She is right not to.  Her vision of the powers of God’s grace is purifying and radical.  The idea that Christ simply takes us as we are and does nothing to us is not very Christian.  From the very first God is out to re-create us.  In baptism, we are put to death in Christ’s death so that we may rise again with him each day.  To think this is an entirely painless undertaking is foolish.

God is out to change us. One image of this is God as the potter who shapes the clay.  This shaping and remaking of the lump of clay into a useful pot is hard work.  The potter’s hands slap and caress the wet clay until it takes the shape the potter has felt within the clay.

Or we may speak of God as being like a fire in us, burning out the dross, cleansing us with the intense heat of the refiner’s fire.  The purging that goes on in the refining fire is violent and yet beautiful.  God’s work in us is like that.  The idea that God’s grace is simply a sunny addition to our already nice lives misses that most terrible of facts about human beings: we have all sinned and come short of the glory of God.  There is no standing before the fire of God’s love for us on our own.  Only Christ can spare our being consumed by the flames.  His life in us saves us, even while it changes us utterly.  For this we thank God.

“For the word of God is living and active, sharper than any two-edged sword, piercing to the division of soul and spirit, of joints and marrow, and discerning the thoughts and intentions of the heart” (Hebrews 4:12).