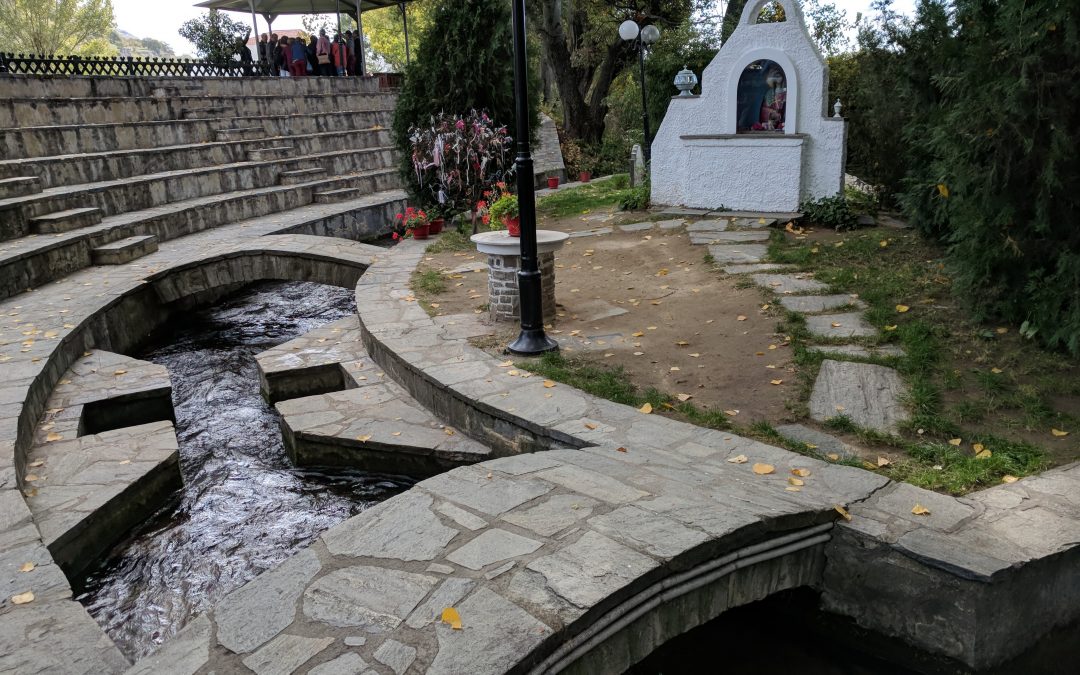 “All voluntary baptisms are a miracle to me and stop my mouth as much as if I had just seen Lazarus walk out of the tomb.  I suppose it’s because I know that it had to be given to me before the age of reason, or I wouldn’t have used any reason to find it.”

O’Connor demonstrates a profound sense for the radical nature of baptism, clearly understanding the life and death nature of it.  Thus, adults look like Lazarus when they volunteer for baptism.  Christians know that baptism is a dying and rising into the death and resurrection of Christ.  To choose death–baptism–seems an incredible thing, especially since this death is the death of the old self, the ego, that part of us bent on its own survival and flourishing.

To want to do that defies all reason, O’Connor says.  In fact, she knows that if she had not been baptized as a baby, before the age of reason in her own life, she would have resisted baptism.  Reason is never the way to faith, in O’Connor’s thought Reason sees faith as folly and a stumbling block.  Nothing does make sense about the faith, if one is to make a reasonable argument for it.  One cannot argue another into the faith, or into accepting this undeserved grace.  Reason would demand that at least we deserve this grace, in some way.  So we try to get the old Adam and Eve whipped up to work for God’s love.

Luther wrote, in his great explanation of the Third Article of the Apostles’ Creed in the Small Catechism: “I believe that by my own reason or strength I cannot believe in Jesus Christ, my Lord, or come to him.  But the Holy Spirit has called me through the Gospel, enlightened me with his gifts, and sanctified and preserved me in true faith.”

Neither O’Connor nor Luther believed that one could come to faith on one’s own, or by one’s own reason.  Faith is a gift, a violent rebirth, or resurrection, like Lazarus raised from the stinking tomb.  It is not something any one of us has the power to effect.  It is a gift; sheer, undeserved, wonderful gift.  A gift that saves us and gives us life.  For that we can only praise the Lord.

“Do you know that all of us who have been baptized into Christ Jesus were baptized into his death?  We were buried therefore with him by baptism into death, so that as Christ was raised from the dead by the glory of the Father, we too might walk in newness of life” (Romans 6:3-4).

Featured Photo: Stream/Baptistry at The Baptistry of St. Lydia (near ancient Phillippi, Greece) by Meredith Kilby, 2017. It is believed the actual site of Lydia’s baptism by Paul took place a short distance away. Lydia’s baptism was the first record of a woman’s baptism in Europe. A modern baptistry is located on the grounds. More information on St. Lydia.