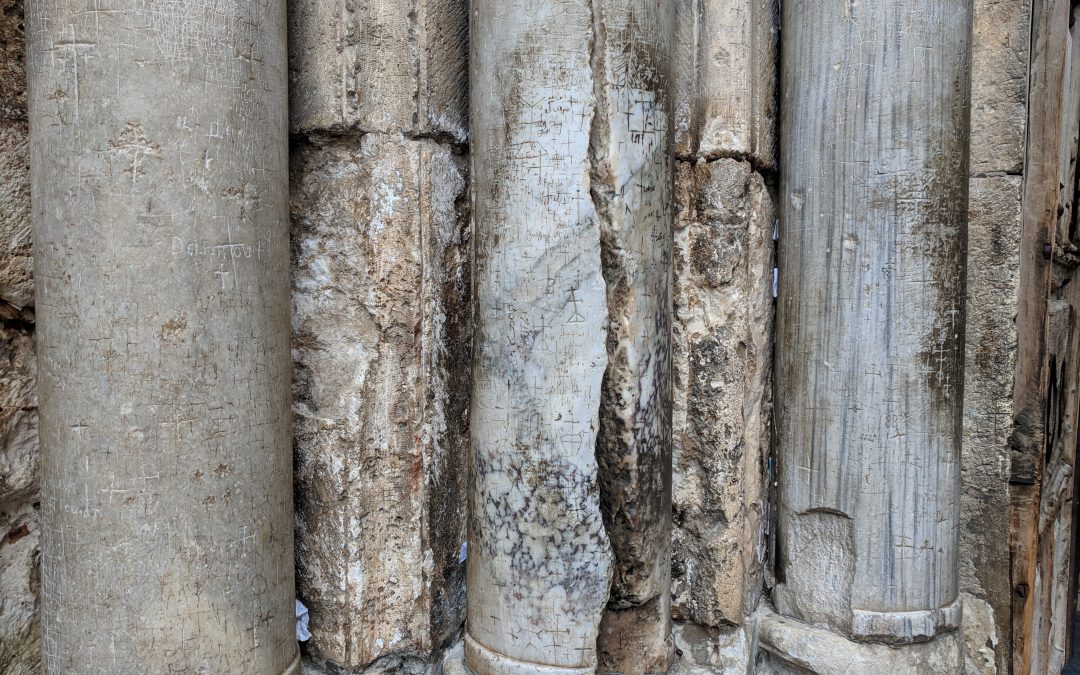 Saturday, May 16, 2020
Editor’s Note: Pastor Scott Peterson continues to share devotions from some of his favorite authors.

In this letter O’Connor speaks to the skewed theology of the cross which many people carry around with them.  Looking for suffering, they almost seem to covet it since it brings them closer to Christ, they say, and teaches them what he has done for us.  Once again, we see O’Connor’s utter lack of sentimentality and her rather tough approach to the faith.

Following the teaching of the church on the redemption brings one directly into contact with suffering, through no effort on the part of the Christian.  She explains this in the context of her character Tarwater in her novella The Violent Bear It Away.  “People are depressed by the ending of The Violent Bear It Away because they think: poor Tarwater, his mind has been warped by that old man and he’s off to make a fool or a martyr of himself.  They forget that the old man has taught him the truth and that now he’s doing what is right, however crazy” (O’Connor 1963).

It is bracing to think of the consequences of knowing the truth and acting on it.  This is not the same as going to look for the truth, as O’Connor inferred from her correspondent’s idea.  Truth has found the prophet and now he is bound to speak it.  This brings him no end of suffering, suffering he cannot really understand.

In this same letter O’Connor says, “I haven’t suffered to speak of in my life and I don’t know any more about the redemption than anybody else.  All I do is follow it through literally in the lives of my characters.”

In less than a year after writing those remarkable sentences, she will be dead from lupus after years of suffering from the illness, years of hospitalization, harsh medications that wearied her body, but never her spirit.  For her, faith was a gift, the teaching of the church a way into life.

For we are God’s servants, working together; you are God’s field, God’s building. According to the grace of God given to me, like a skilled master builder I laid a foundation, and someone else is building on it. Each builder must choose with care how to build on it. For no one can lay any foundation other than the one that has been laid; that foundation is Jesus Christ. Now if anyone builds on the foundation with gold, silver, precious stones, wood, hay, straw— the work of each builder will become visible, for the Day will disclose it, because it will be revealed with fire, and the fire will test what sort of work each has done. If what has been built on the foundation survives, the builder will receive a reward. If the work is burned up, the builder will suffer loss; the builder will be saved, but only as through fire.