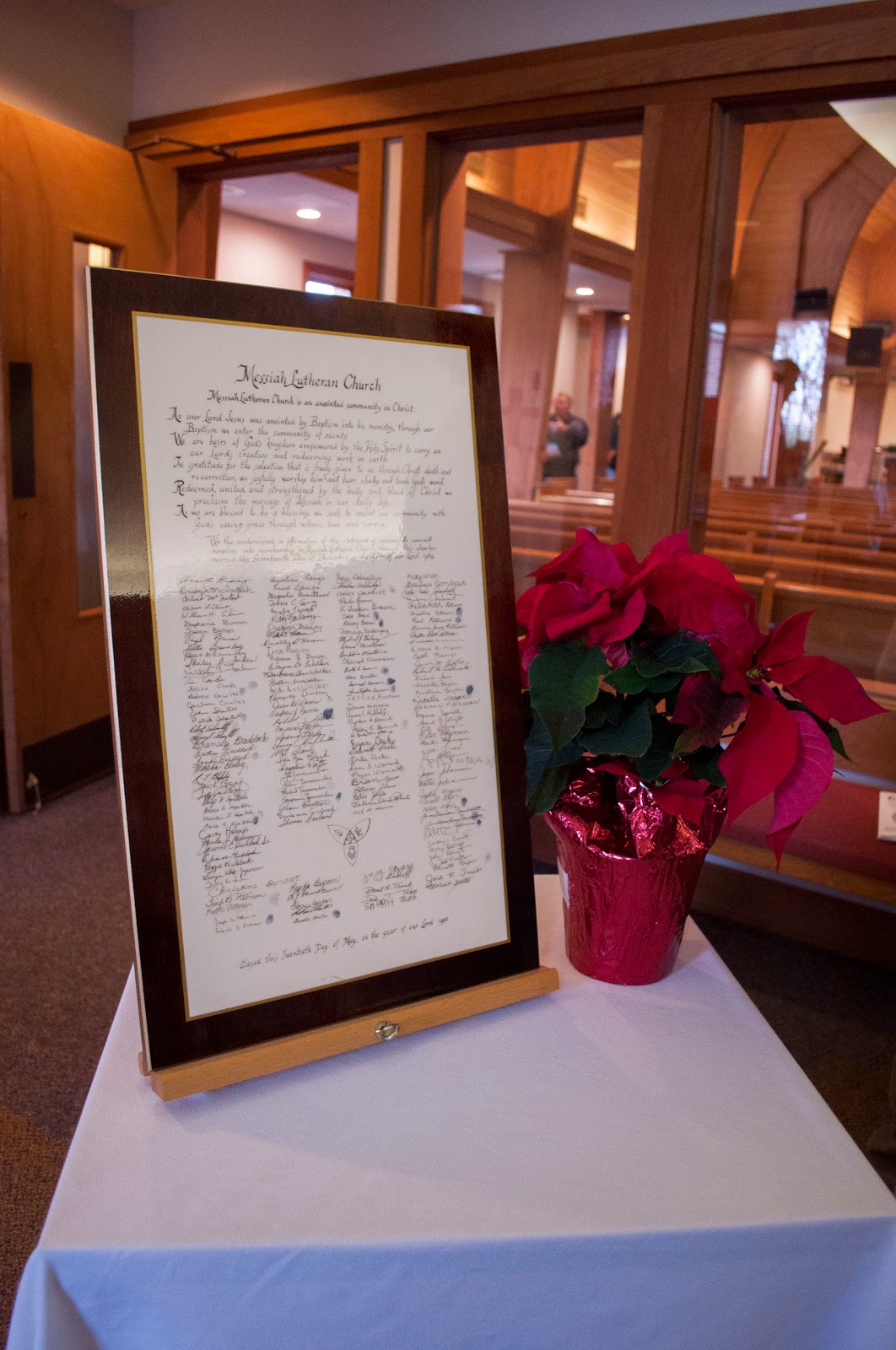 On December 17th, 1989, after worshipping for eight months,  the mission start at Messiah Lutheran took that first critical step toward being an organized Congregation.  Then worshiping in the United Rubber Workers’ Union Hall Auditorium, 113 brave souls signed their names or inked their fingers (if they were infants/toddlers) on the membership charter.  The membership charter was open three more Sundays in the months that followed and closed on May 20th, 1990 with 159 charter members.

On Sunday December 14th, Messiah celebrated the charter opening in a most fitting way by welcoming  fifteen new members to the Messiah Lutheran Church congregational rolls.
During both services charter members in attendance were asked to stand so that they could be recognized. Post service receptions in the Fellowship Hall saw  Messiah members “young and old” enjoy the multitude of treats brought by volunteers. The reception was coordinated by the 25th Anniversary committee members, Judy Starkloff (who is a charter member) and Greg Kilby, who currently serves as Messiah’s Fellowship Chair. 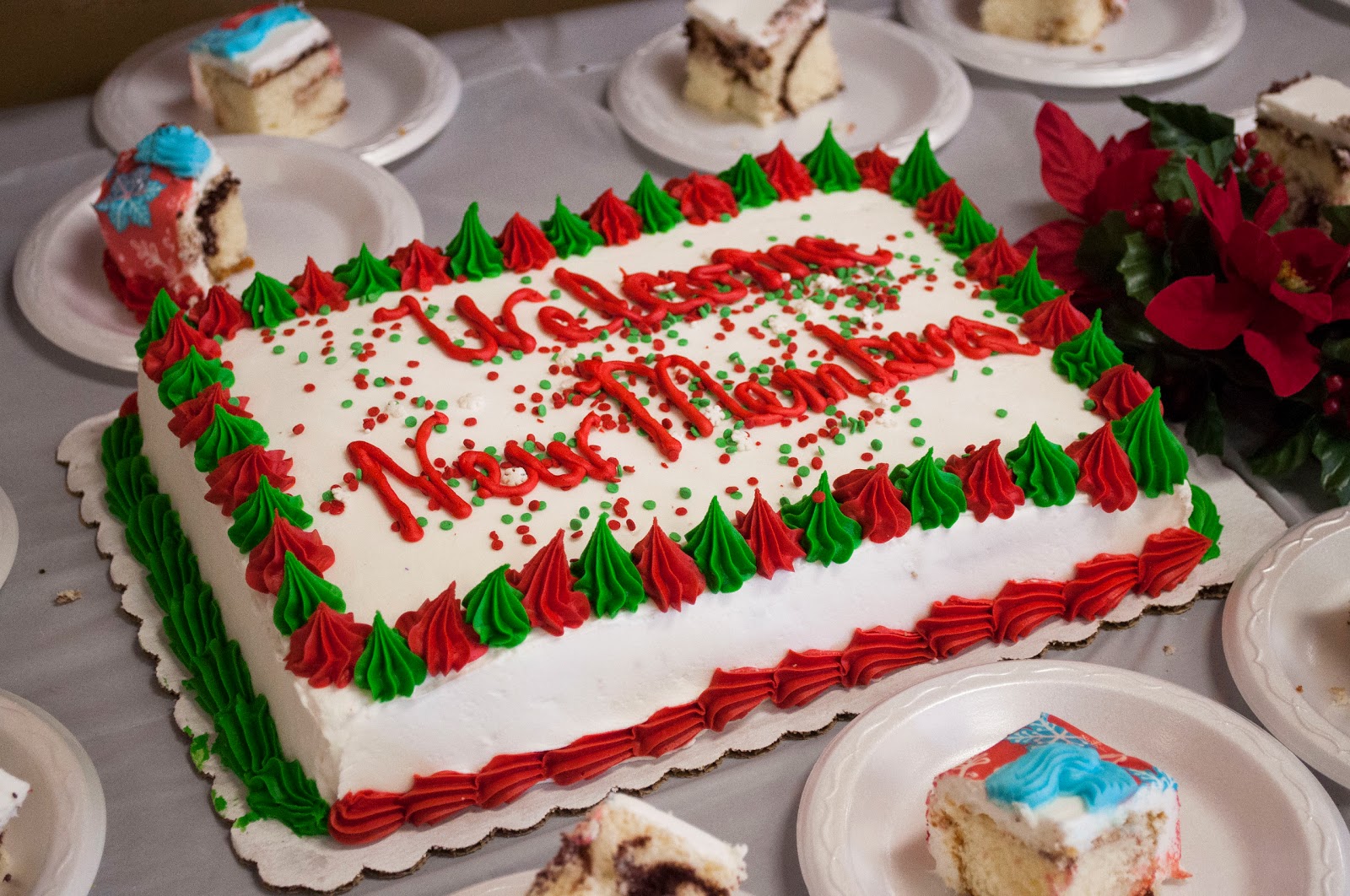 The next  25th Anniversary event will be on February 15th 2015, when Messiah marks the February 14th, 1993 Ground-Breaking for the church.
New member photos and details about upcoming 25th anniversary events can be found in the upcoming E-news and newsletter.
Article and Photos by Meredith Kilby