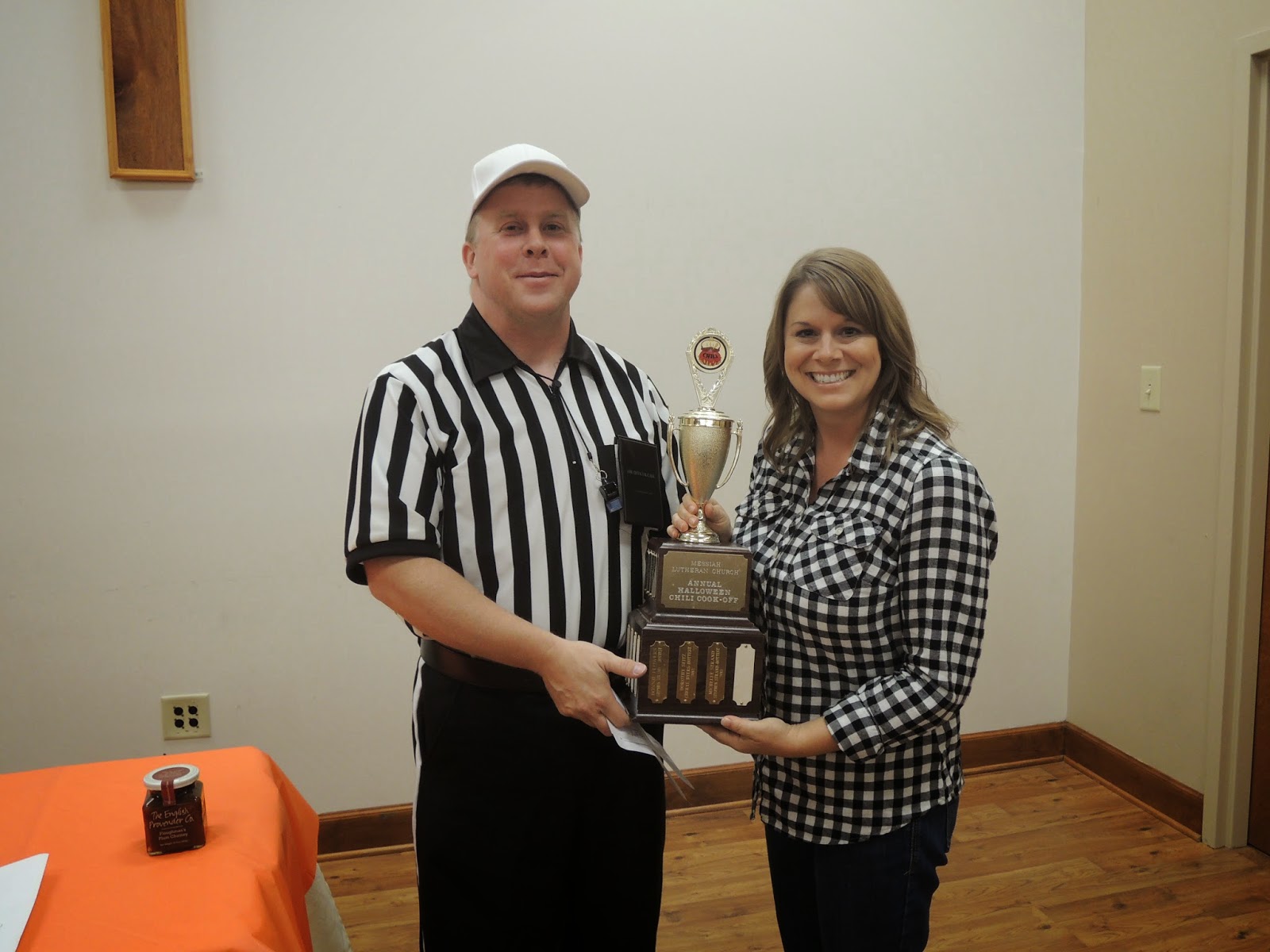 The annual Messiah Lutheran Chili Cookoff featured fourteen delicious recipes made by members and youth in the congregation.   Upon their arrival to the Parish Hall, the entries were carefully numbered in the kitchen so that judges could sample and also mark their tasting cups to track which chili was which. The variety of flavors that were brought were astounding and each recipe stood on its own as being delicious! Thanks to all who brought the chilis and various sides that were also donated.
In what was a very close decision, it was Amy McCarthy’s chili recipe that took the coveted trophy for Best Overall Chili.   Bridie Ryan’s chili was selected as the Runner Up.  Melanie Mooneyham’s chili recipe was awarded the Spiciest Chili Award.

An assortment of characters made up the costume contest this year. 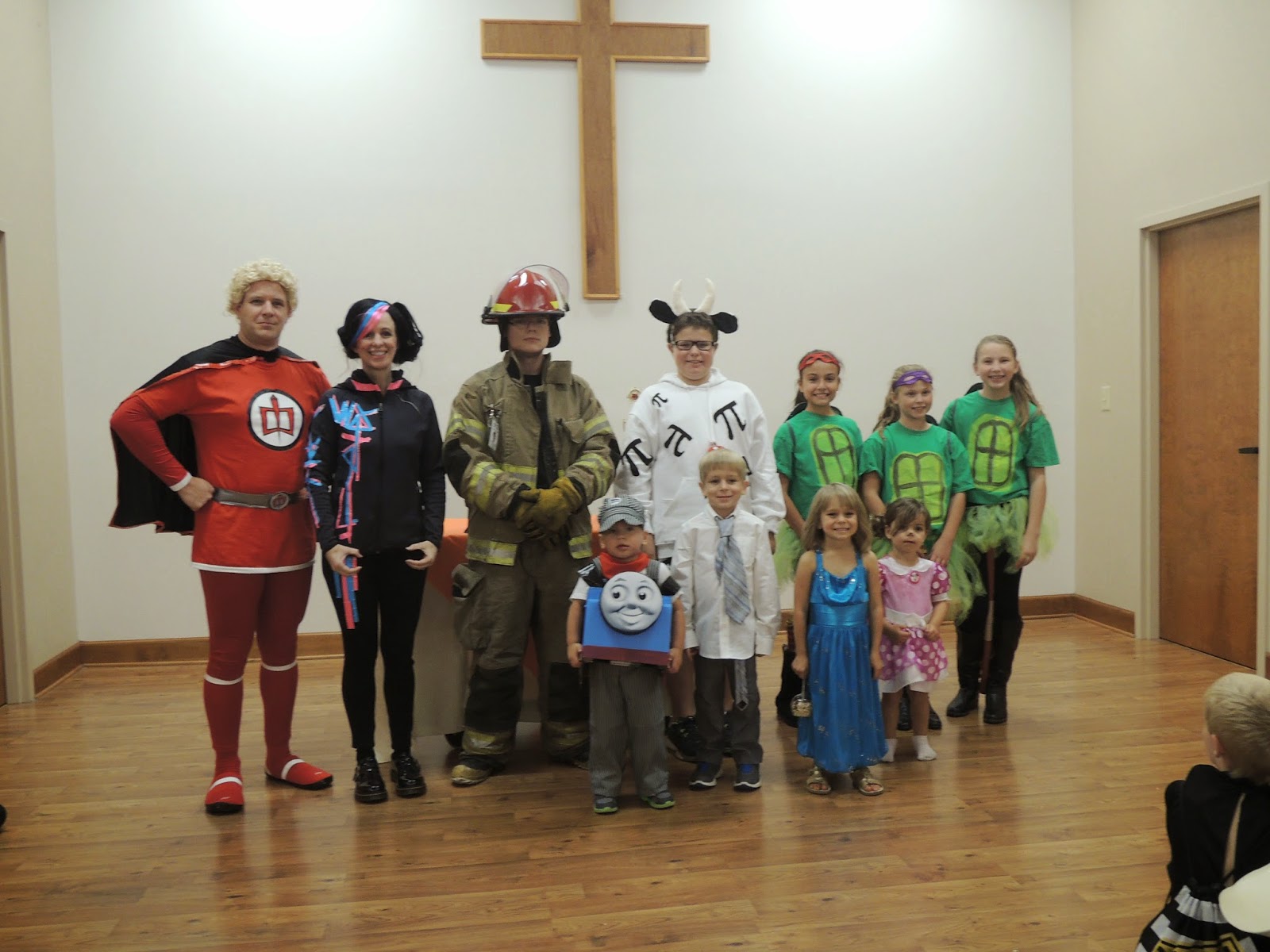 After enjoying some games led by members of Messiah’s Youth Program, the costumed children were brought back into the Parish Hall for the costume contest.  Each was introduced to the audience by Larry Ryan, who “officiated” the Saturday evening event.     The winners in the various age categories are shown above.   (Additional photos will be posted soon)!