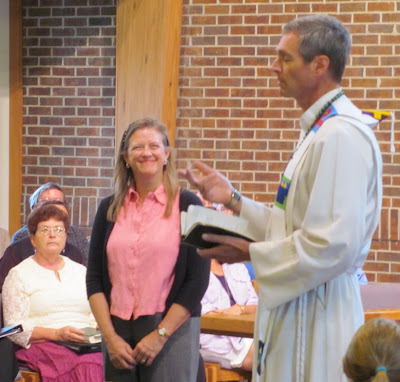 Please pray for our missionary Lois as she travels today with a delegation from the SE Synod to the Lutheran Church in Guatemala (ILAG).

The Iglesia Luterana Agustina de Guatemala (Augustinian Lutheran Church of Guatemala) was founded in 1991 by Padre Horacio Castillo and his family. The members come from the margins of the Guatemalan society, people of few resources and are predominantly indigenous.
Guatemala suffered through a 36 year internal war. This war ended in 1996 with the signing of the peace accords. Padre Horacio Castillo helped write and later was among those who signed the peace accords.
The first churches of the ILAG were formed in Guatemala City among the internally displaced, those who fled into the City during the war, who were (and still are) living in the ravines of the City.  The ILAG also operates two elementary schools which serve children and families in these marginalized areas of the City.
As refuges began to return from Mexico, they contacted Padre Horacio as they had known him from his visits to some of the camps.  Through these contacts the ILAG grew in the rural areas of the country among the resettled refuges.
The ILAG continues to grow each year by a few mission sites and churches as communities hear that the ILAG walks with people delivering the gospel freely to all people and visits the communities regularly.