Thrivent Builds with Habitat for Humanity 2014 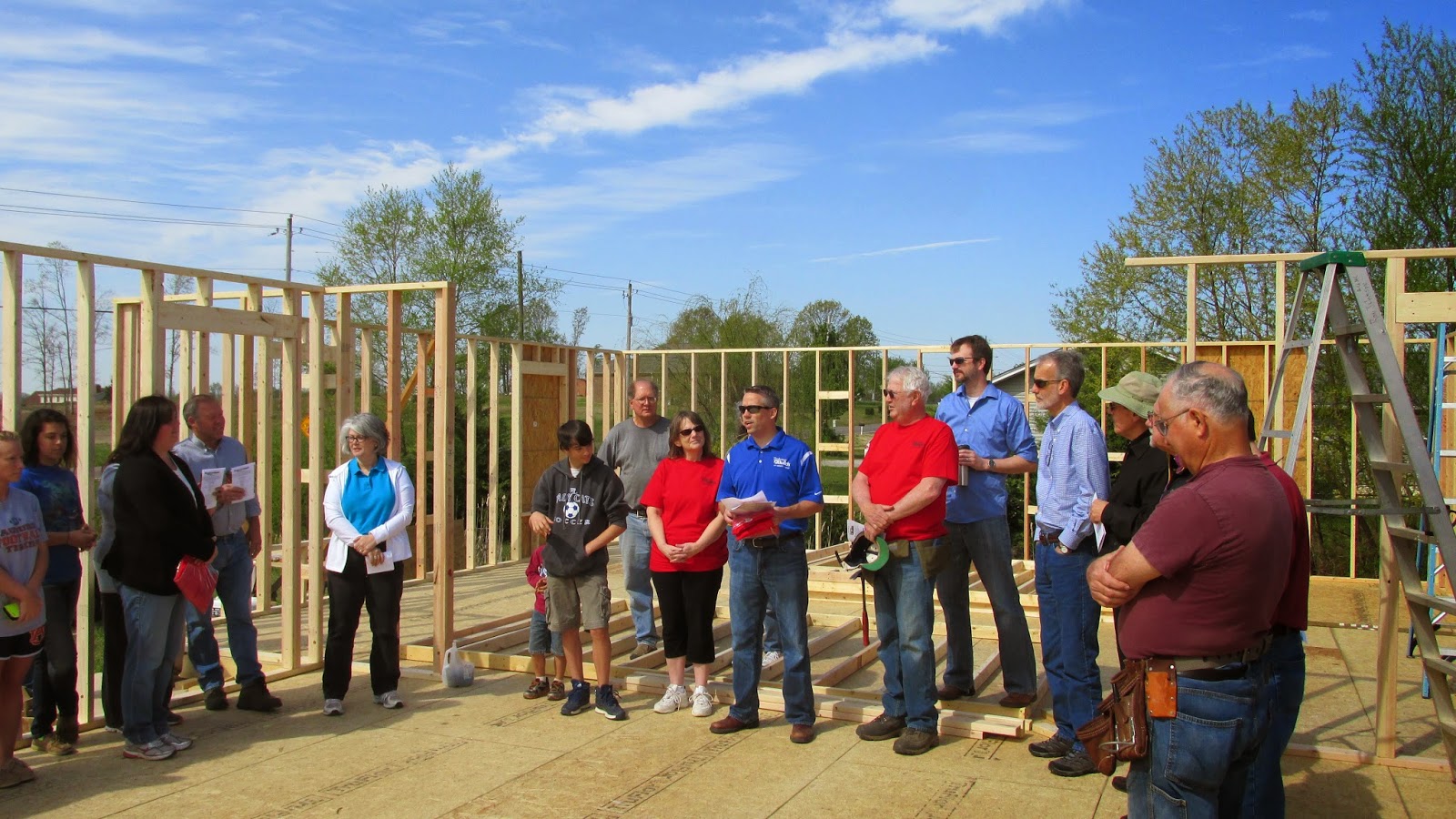 Today, Messiah Lutheran Church in partnership with Thrivent Financial, Habitat for Humanity and seven other local churches kicked off our 2014 Habitat build.  The weather was great and a lot of work was accomplished.  Starting with just a foundation and a stack of 2x4s, we managed to get the walls raised and the project well underway.  We are building this house on the foundation of a house that was damaged during the 2011 tornado outbreak.

Next week will be putting the roof on this house.  Volunteers of every skill level are needed.  Work starts at 8 am on Saturday.  The address for this house is 1075 Yarbrough Road, Harvest Al 35749.  If you have any questions, please contact the Church Office at (256) 721-0041.

For the ninth consecutive year, Thrivent Financial is committing millions to stabilize, strengthen and secure communities in 2014 through its unique partnership called Thrivent Builds with Habitat for Humanity.

Thrivent Financial for Lutherans announced that in 2014 it will fund the construction and rehabilitation of 126 Habitat for Humanity homes in 35 U.S. states through a $7.8 million contribution. Additional funds will support the Thrivent Builds Repairs and Thrivent Builds Worldwide programs. From the partnership’s inception in 2005, Thrivent and its members have now committed more than $200 million and more than 4 million volunteer hours.

Habitat for Humanity of Madison County is a nonprofit, ecumenical Christian organization. We are dedicated to eliminating substandard housing and homelessness worldwide and to making adequate, affordable shelter a matter of conscience and action. Our ministry was founded on the conviction that every man, woman and child should have a simple, decent place to live in dignity and safety.

Click this link for some additional photos from this year’s build.