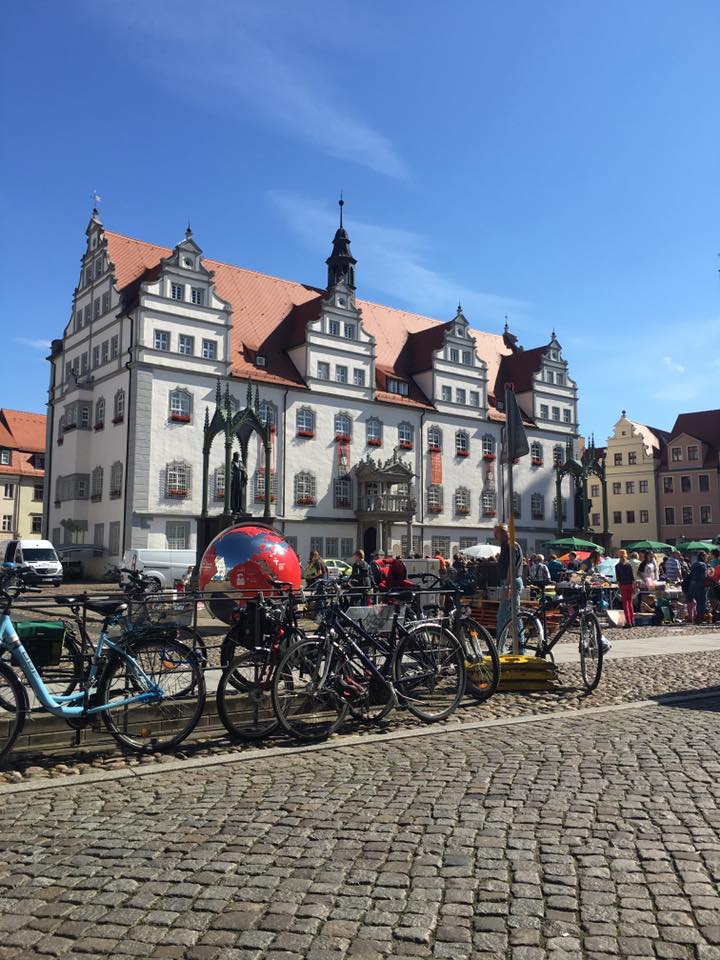 The morning started differently than the others. Instead of a breakfast at the hostel, our group had nothing planned until 10:30 a.m., so we went out to different cafes in Wittenberg. It was a good cultural experience to learn restaurant manners and etiquette. Afterwards, we finally completed an important Lutheran pilgrimage by seeing the Castle Church with the door where the 95 Theses were hung and where Martin Luther was buried. It was interesting to see the crossover between the Reformation leader’s body inside of a big, Catholic church, although today, it is a Lutheran congregation. Seeing this crossover reminded me of how the Lutheran religion has affected not only the Catholic, but the Christian movement of today after the Protestant Reformation almost 500 years ago. 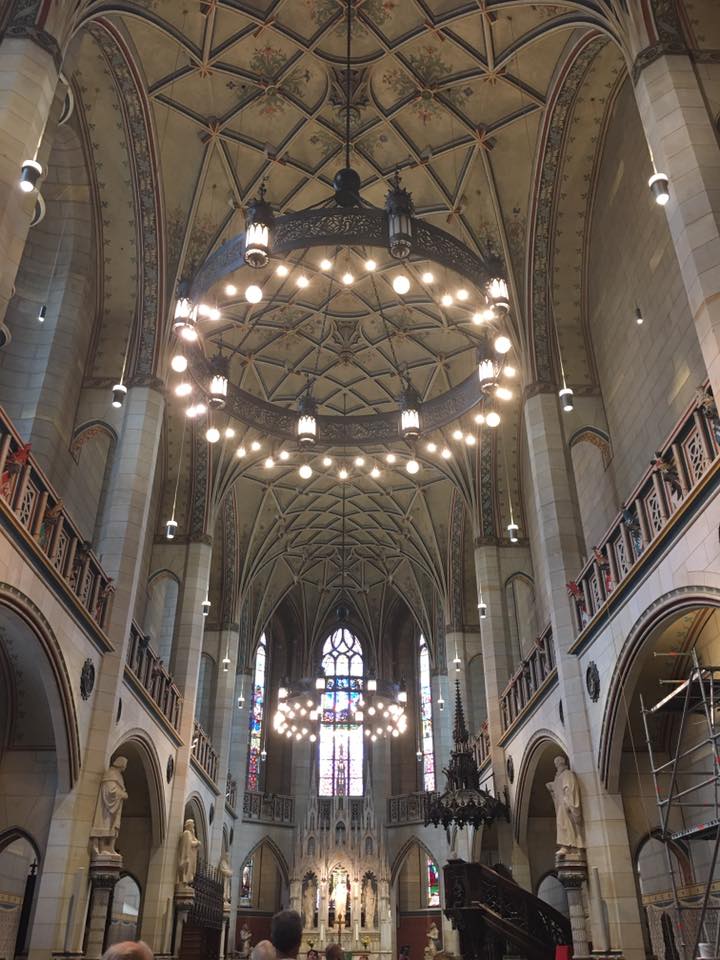 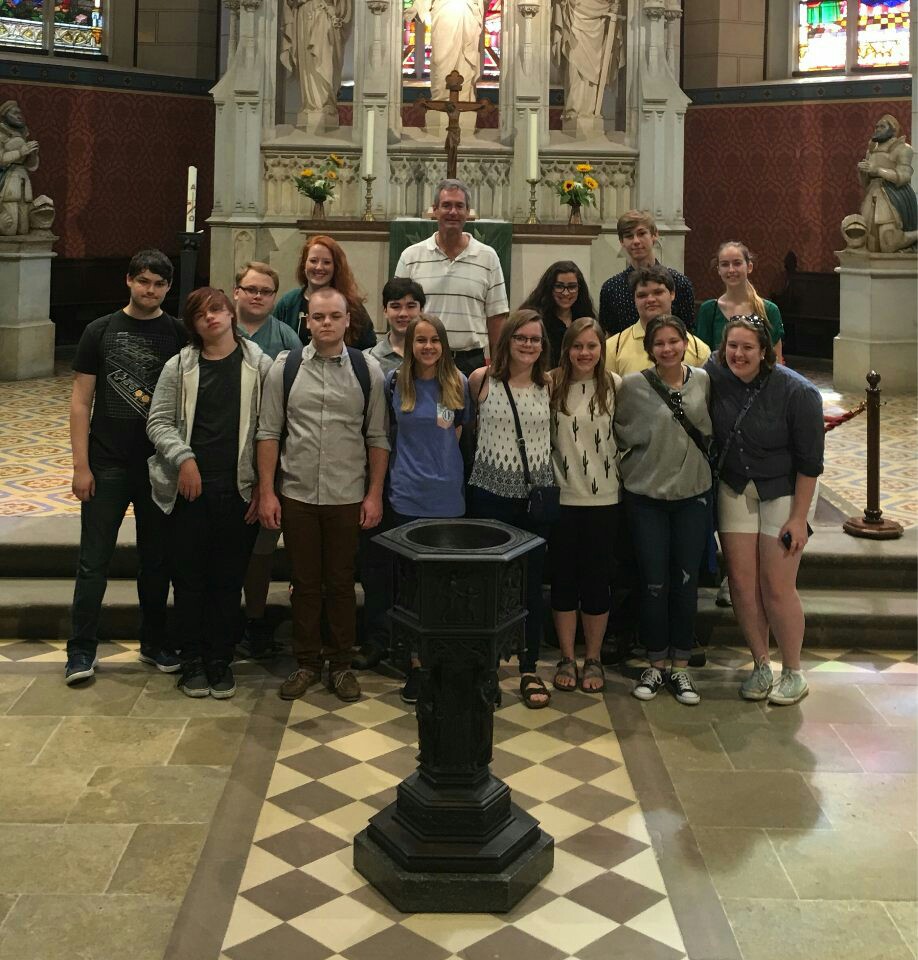 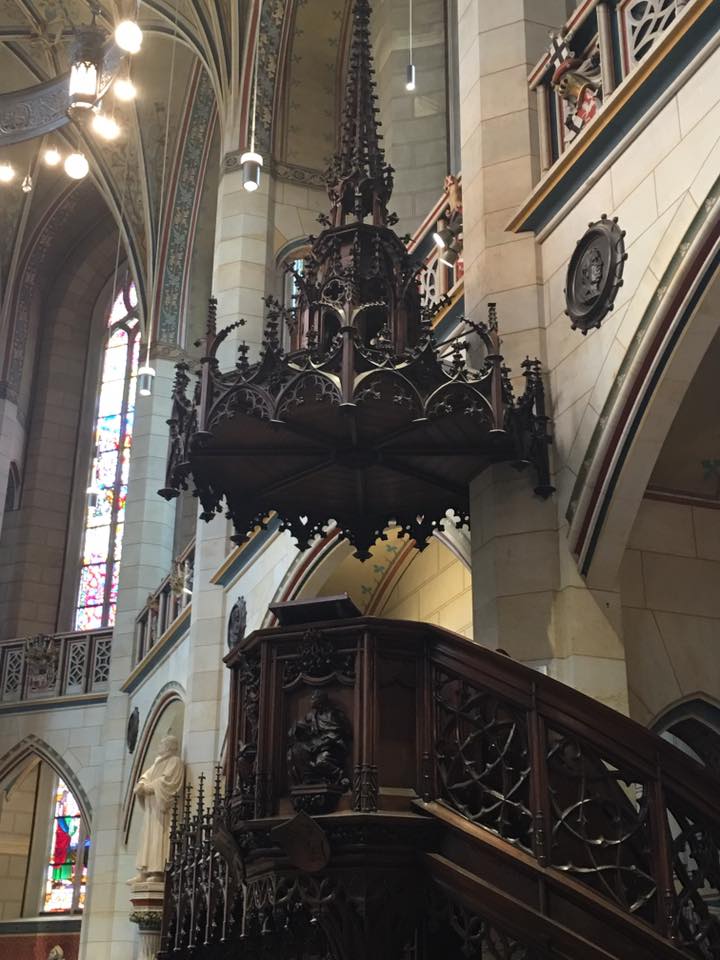 After that, the group went to Torgau where we saw St. Mary’s Church with the tomb of Katharina von Bora and also Hartenfels Castle, which was the largest non-church related building in Renaissance Germany. Inside the castle there was a smaller church that was very simple except for an ornate pulpit. We found out later it was the first church Martin Luther designed. It contrasted a lot with the older, more decorative churches and cathedrals. It was a nice way to spend the last day in Wittenberg before Buchenwald. 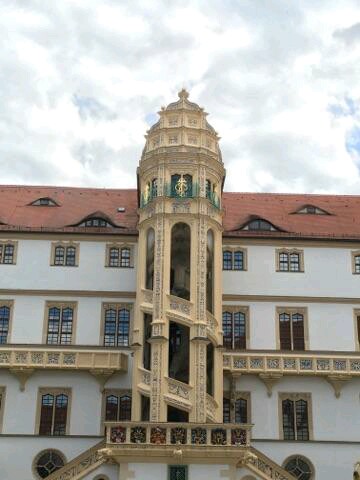 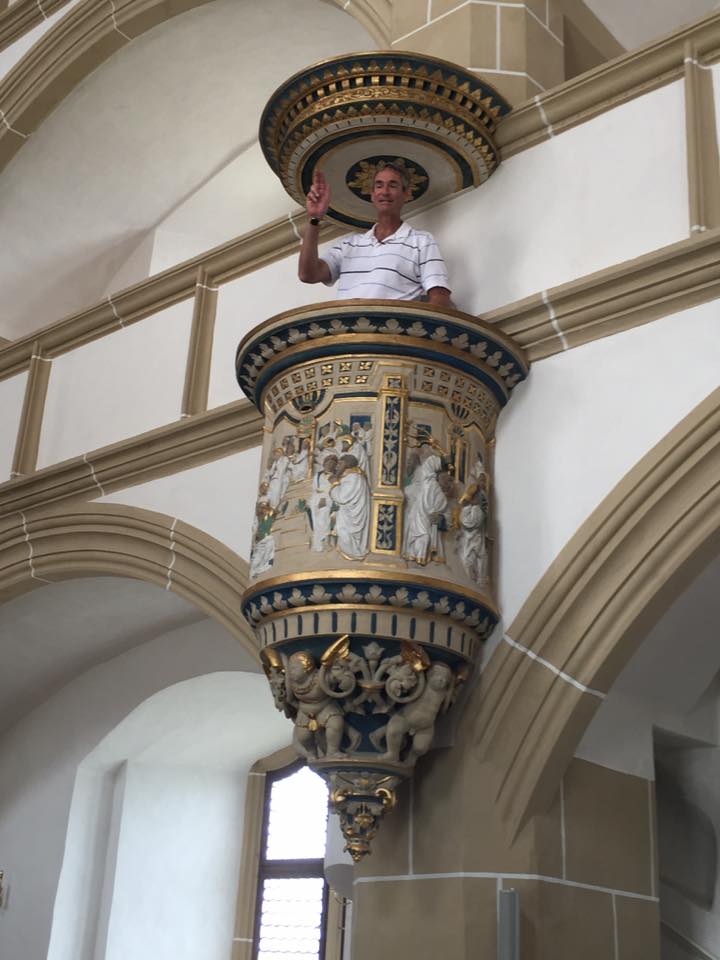