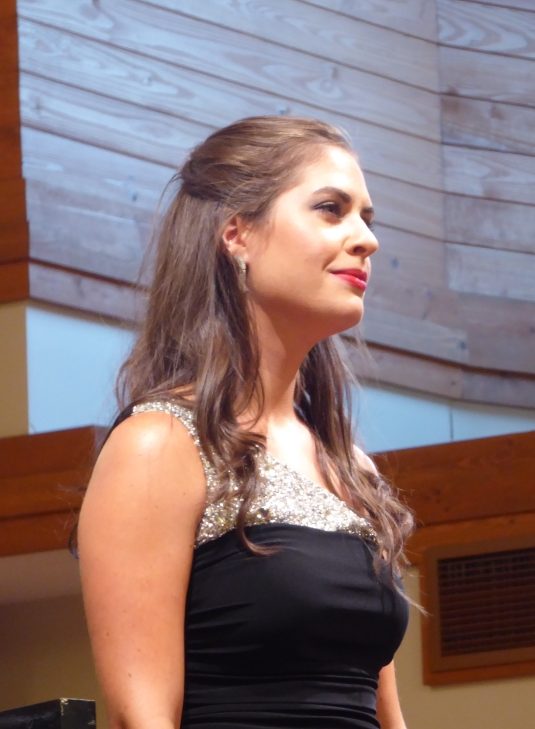 Erin McDaniels’ performance delighted the audience, her varied program including French, German and English art songs and musical theatre. The Mozart and Offenbach arias of “Porgi Amor” and “Elle a fui, la tourterelle” were particularly riveting, the clarity and beauty of her vocal lines matched by her compelling presence. The familiar “Send in the Clowns” was made even more memorable with Erin’s poignant delivery.

Erin’s Welcome Home performance at Messiah Lutheran Church was a celebration of the blessings God has given and keeps giving. In addition to using her many musical gifts in performance and teaching, McDaniels is serving as a church choir director in Nashville. 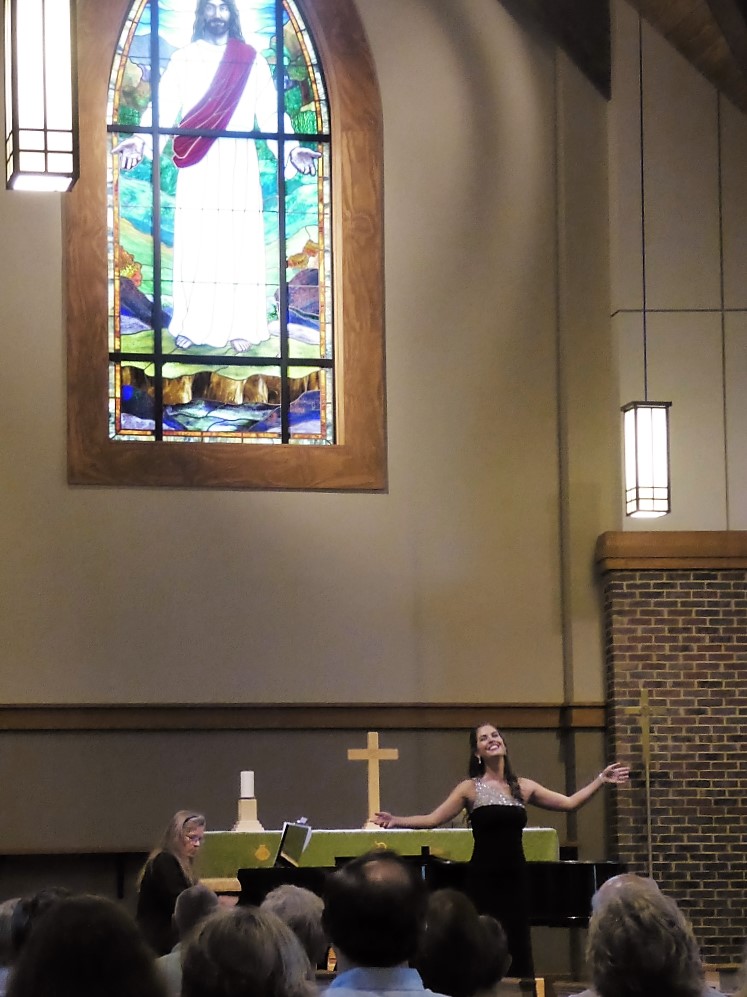 McDaniels was accompanied by pianist Lois Graff. Graff has been Messiah’s Organist and Music Director since its founding in 1990.  The Music at Messiah Classical Concert Series  was formed  after Messiah expanded its  sanctuary in 2012. 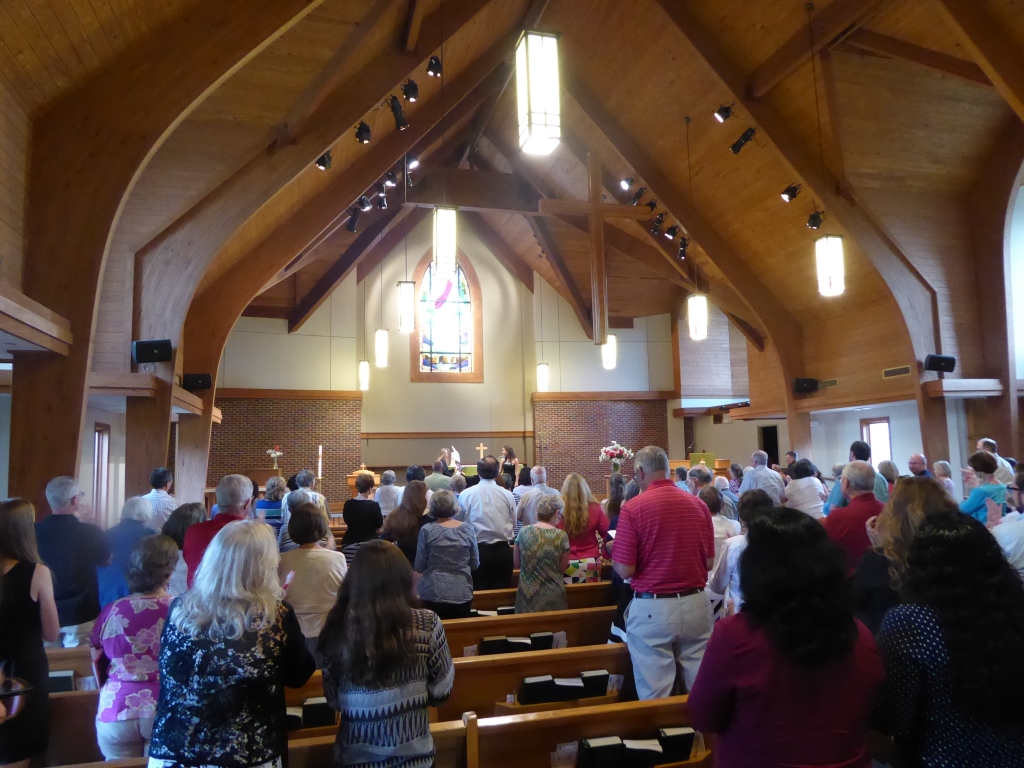 McDaniels received an ovation of aoplause and admiration from the audience as the concert concluded. 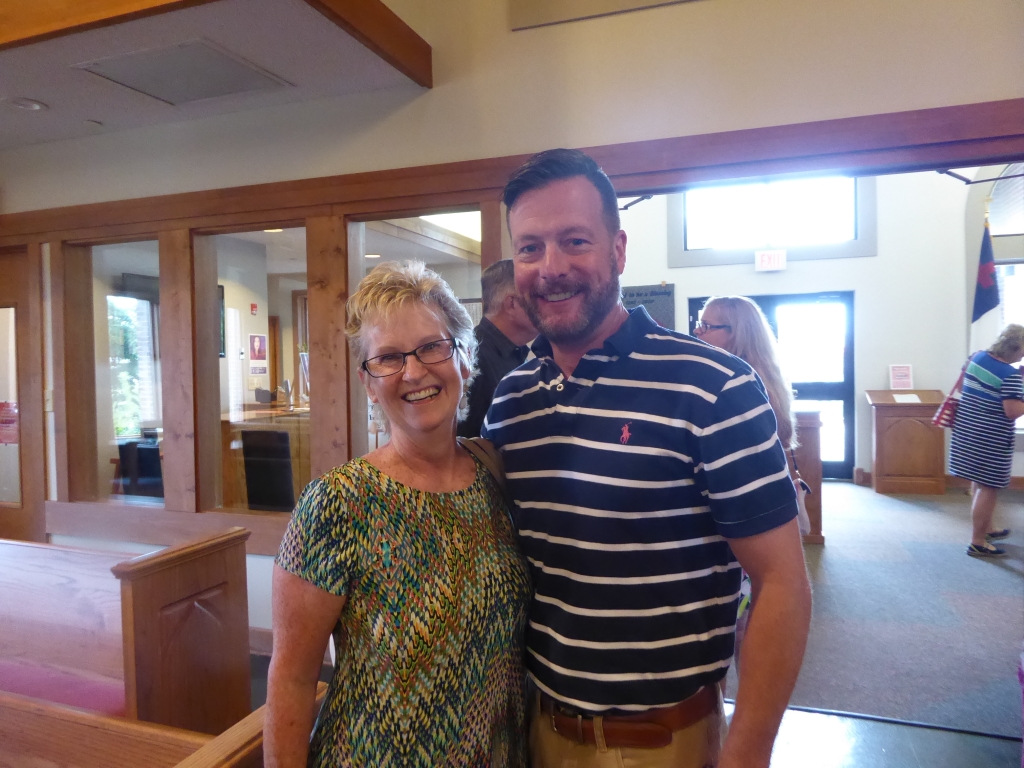 Deb McDaniels and Randall Fields are all smiles after the concert concluded. Erin is the daughter of Messiah Members Lloyd and Deb McDaniels. Fields directed McDaniels at Bob Jones High School. 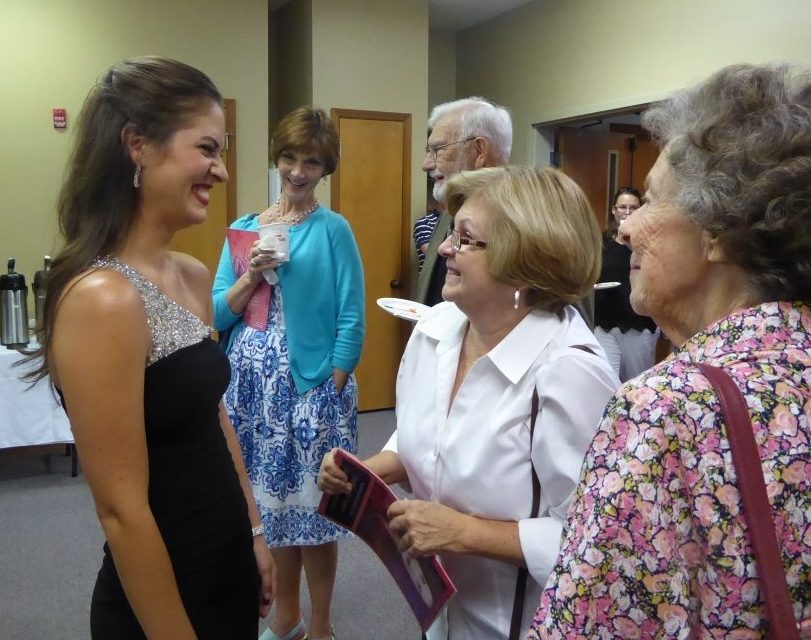 Erin and member Beth Mumaw enjoy a memory and giggle at the reception that followed the concert.